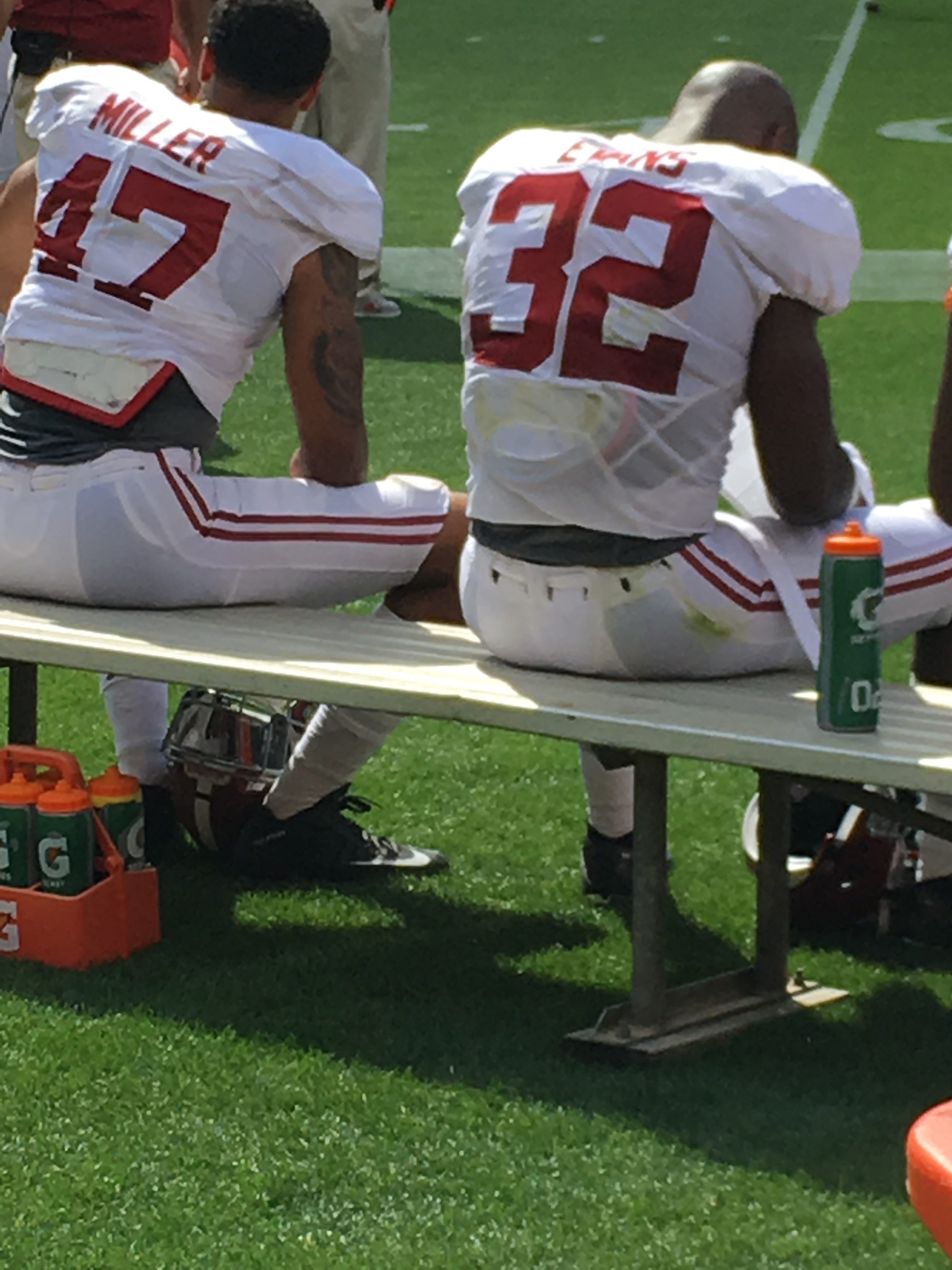 In this year’s edition of the NFL Draft, there is no shortage of EDGE rushers. Some believe this may be the best collection of players assembled at that position. Names like Nick Bosa, Josh Allen, Rashan Gary, Montez Sweat, and Brian Burns monopolize a lot of experts’ top spots in the draft order. However, there is one name that seems to have been lost in the fray. That is none other Alabama’s Christian Miller.

For those of you who are outside the Crimson and White nation, Miller is a former 5 star recruit who was a household name before heading to Tuscaloosa. He was primed for greatness under the leadership of legendary coach Nick Saban. After waiting 20 plus games as a backup, Miller would finally get his chance to be a starter. However, in 2017, his coming out party would be spoiled after tearing the bicep in his left arm during the season opener vs Florida State. In that game, he totaled 3 tackles before falling to injury. The bicep tear sidelined him for the majority of the 2017 season. He did not return until the final regular season game vs Auburn. Miller contributed in a more healthy condition against Clemson and Georgia in the postseason. He registered a sack against Georgia in the national championship game. In 2018, after putting in hard work in the offseason, Miller was finally healthy. He contributed 35 tackles, 11.5 TFL, and 8.5 sacks, before exiting the season due to a hamstring injury.

Just 2 months removed from sustaining the Grade 2 hamstring strain, Miller managed to have a good showing at both the NFL Combine and Alabama’s Pro Day. At 6-3, 247lbs he posted a 40-yard dash time of 4.77 seconds, 38 inch vertical leap, and a 9-foot-10 broad jump that tied Kentucky’s Josh Allen, a potential top 5 pick at the same position. Scouts loved his versatility and athleticism. He excelled in on the field drills with a great burst and was very smooth; especially when transitioning between LB and DE positions.

So, where does that leave Christian Miller? To be honest, if you can look past his injuries, he’s an incredible player who comes up big in situations. Look back at the film vs Oklahoma. He was a nightmare for the Oklahoma offensive live that boasts projected top draft pick Cody Ford. He was able to out-maneuver Ford and sack Kyler Murray on a huge 3rd down situation.  NFL.com draft analyst Lance Zierlein said, “NFL clubs will be hard-pressed to ignore (Miller’s) long arms, ability to attack the edge with speed and footwork to manufacture dangerous inside counters. He’s talented enough to earn his keep chasing quarterbacks, but he’ll have to gain strength and prove he can handle run duties in order to play every down.” That is where analysts shy away. They feel that improvement is needed against the run game and that he needs to improve his lower body strength. That is why many have him pinned as a situational player. However, set the “nit-picking” aside. Both “faults” are easily corrected. Plus, as far as his lower body strength, remember he was over coming a Grade 2 hamstring strain. If you have ever played football or any sport for that matter, bouncing back from a hamstring injury is not the easiest. According to his father and former New York Giants LB, Corey Miller, coaches and decision makers have not been deterred in the least. As a matter of fact, it’s quite the opposite. “Based on what I’ve heard from coaches…from a couple of teams I talked to at the combine, they were like, no matter what he does, right now, according to their tape, they love the kid. They think he’s one of the top edge guys out there,” Corey said.

Alabama fans understand the value of Christian Miller. We’ve studied his every snap and witnessed his countless contributions. Those on the outside need to watch film if they want an unbiased assessment. However, they will probably draw their conclusions based on some draft “experts” write-ups. So, what’s my point? Don’t sleep on this guy. He’s got the motor of a Toyota. In other words, it doesn’t die. Miller is an incredible competitor. If he had it his way during those injuries, he would have been on the field with one good arm or one good leg mixing it up. You have to force him off the field. The Alabama faithful is confident in his abilities. So is he, which is most important. “I’m really confident in my abilities. I think I have tremendous athleticism for a guy my size. I can drop in coverage very smoothly, obviously rush the passer really well, I do a great job setting the edge. I’m just very versatile and it’s a great time to show it,” Miller said. NFL coaches and decision makers should invest in him as well. He’s visited with the Cowboys, Redskins, and Bears. The last I checked, Washington loves Alabama players. Plus, Belichick was on hand at Pro Day wearing an Alabama pullover. Patriot fans should be salivating at the thought. Some see Miller leaving the board as late as Day 3 while others say as early as Day 2. I am willing to bet there’s a possibility he may sneak into Day 1. So, to answer the initial question, NFL franchises, it’s Miller Time!