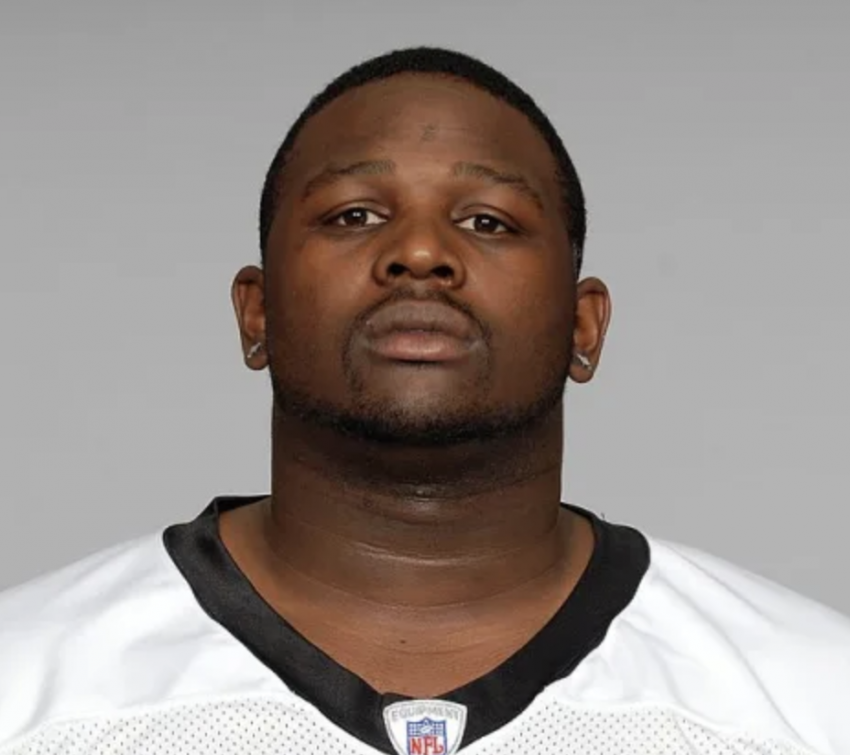 One of those thrilling parts of the game of football is the “big hit”. We enjoy the physicality the sport brings to us week after week. One of the most watched hits from college football was a tackle of former LSU running back Leonard Fournette made by former Alabama linebacker Reuben Foster on a kickoff return. Fournette never saw his pursuer coming, but certainly felt the thunderous blow made by Foster upon impact. It caused him to leave his feet and go airborne before colliding unceremoniously with the ground. Sure, these hits cause much excitement, but what about the those who are suffering the blows themselves? Years after leaving the game, countless players are feeling the negative effects from years of unrelenting physicality. Many of them like former All-Pro fullback from the Ravens, Chargers, and Chiefs Le’Ron McClain have suffered extensive head trauma. Now, McClain is fighting a battle on a different type of field. It’s the field of his life.

My earliest memory of Le’Ron McClain was when he was a freshman at the University of Alabama. At that time, I was a senior working for then strength and conditioning coach Ben Pollard. I assisted primarily with the freshmen, redshirt freshmen, and walk-ons. Le’Ron was a hard-working, fun-loving kid from Northport already making a name for himself on the roster. There was no doubt that he would one day become one of the best to play his position not only at Alabama, but the eventually the NFL. He was strong, driven, a heck of a blocker, and quite versatile. This allowed him to be used in multiple formations. McClain was a monster catching passes out of the backfield. Many defenders paid a hefty price when he was found open. One of his most memorable moments came against Ole Miss in overtime in 2006. He was left uncovered in the end zone and caught a 2-yard touchdown pass from quarterback John Parker Wilson. To be honest, under former head coach Mike Shula, McClain was grossly underutilized. However, the Baltimore Ravens and other NFL franchises would not make that mistake. For his career, Le’Ron rushed 1,310 yards and 13 TDs with 557 yards receiving and 3 TDs. His best season came in 2009 in which he rushed for 902 yards and 10 TDs with the Ravens. Le’Ron made the Pro Bowl twice and an All-Pro once.

Since his departure from Alabama, I’ve kept up with Le’Ron McClain through social media. I’ve followed him for years on Twitter. For the most part, he’s always been upbeat, encouraging, and motivational in his tweets/posts. However, one early morning during my workout, that all changed. I just happened to scroll through my timeline and came upon an odd tweet from him:

“Nights like this are the worst…I cannot sleep…My anxiety is up…real talk im a (expletive) mess. Like what’s wrong with me man. Come on bro!!!! Smh…Please just Pray for me! GodWinz GodWinz!!!!!!!”

This was truly alarming and unlike him. It prompted me to look further into the situation. What I would find was truly disturbing. My heart sunk. This wasn’t the Le’Ron that I’ve followed since his days at Alabama:

“Need to tell my story of how my head is crazy and how football did it….Please someone help me get this out the @NFL puts paperwork in our faces and that’s it. Yes its programs (expletive) all that I need help now I need a plan….(Expletive) Man. They don’t (expletive) get it man.”

“Great career Luck I pray you don’t have to go thru (expletive) on your mental like me now. I swear if you called and I answered cool but if I ain’t answered stop (expletive) calling me please. Y’all don’t care!!!!! Leave me alone got (expletive) it. Imma handle this the best way I can…”

“Watch how fast they come to aid if I was som3 QB or anything but no I was (expletive) fullback that did it all. @NFL I need help and I need the process to speed the (expletive) up Im about to crash out and its paperwork I don’t wanna hear it. (Expletive) man Im done…. Im out.”

There are several more tweets that are as equally disturbing, but you get the idea. This once proud football player that was responsible for dishing out punishment for the sake of a victory is being punished himself, begging for a victory. Since he left the game, players settled a class-action lawsuit with the NFL as a means to provide support for ex-players dealing with head trauma caused by football. As a part of that settlement, claimants have been offered up to $5 million in compensation who have suffered the horrifying effects of head injuries. It has been reported that some claimants have received an average of $564,447 per claim.

Words cannot describe the emotion felt after reading these tweets from Le’Ron McClain. It hurts to see anyone in this condition; especially someone who is part of my University of Alabama family. I’ve tried reaching out to him to let him know that he is in my prayers. Hopefully, he will see it and maybe read this article. In my small group tomorrow, I will ask that he be added to our prayer list. These tweets are desperate please from a man who is broken, in search of relief, and who has made it his mission to make others aware. I pray God’s healing upon him and he specifically anoints and appoints people to be used in this situation for Le’Ron. In a recent tweet, he offered a sign of hope, “God be with me. I got this. I got this.” So, before one more person criticizes players like Andrew Luck who decide to step away from the game early to avoid a condition like this, look at what it has done to Le’Ron and countless other individuals. This isn’t about winning titles, providing good material for viral videos, or scoring fantasy points. It’s about these players’ health and well-being. Perhaps this season of his life can serve as a means to get that message across. We all hope and pray, though, that soon joy will come in the morning for Le’Ron McClain.