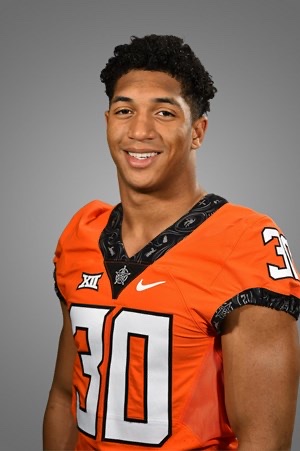 The Heisman Trophy race is heating up and the drama only increases as the weeks progress. Names like Tua Tagovailoa, Jalen Hurts, and surprise-newcomer Joe Burrow have received majority of the chatter. One could hardly argue against those three candidates. Their stats have been phenomenal up to this point in the season. However, there is one player that isn’t being mentioned at all. That is Oklahoma State RB Chuba Hubbard.

Hubbard is a former Rivals 4-star recruit from the 2017 class. The Edmonton(Canada) native chose the Cowboys over Auburn, Buffalo, Bowling Green, and Cal after rushing for 6,880 yards and 82 touchdowns in high school. So, why should he enter in the conversation? Well, against, Kansas State, he rushed for 296 yards on 25 attempts. In the second game of the season, he rushed for 256 yards and 3 touchdowns on 32 carries against Tulsa. He currently leads the nation in rushing with 182.33 yards per game. At this point, he is the only RB with 1,000 yards. As a matter of fact, he has 1,094 yards to be exact. The next closest to him is J.K. Dobbins of Ohio State (826 yards), followed by Wisconsin’s Jonathan Taylor (825 yards). Those numbers speak loudly in the grand scheme of things, but outside of the BIG IX, there is silence.

How will he finish the season? It is to be determined. However, he is more than deserving of being in the conversation. He could quite possibly be the second Heisman Trophy winning RB in school history. You may have heard of the other guy, he goes by the name of Barry Sanders. So, he would be in good company. So, next time any of the other worthy candidates are mentioned, be sure to also include this Cowboy in the discussion.