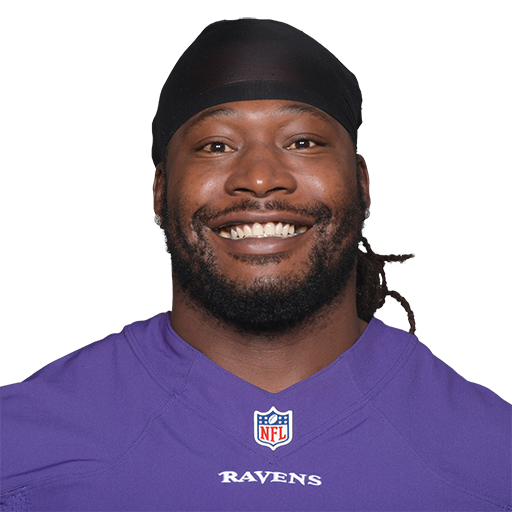 In an effort to continue to bolster their already solid defense, the Baltimore Ravens have re-signed veteran OLB Pernell McPhee to a 1-year contract. The former 5th round selection from the 2011 NFL Draft is working hard to return after suffering a season ending triceps injury in 2019. This will provide Baltimore the missing piece to their defense that could have led them to a Super Bowl; a solid pass rusher.

We have agreed to terms on a one year deal with Pernell McPhee. pic.twitter.com/dDDDzIct1Q

Since being drafted out of Mississippi State in 2011, McPhee has been quite a force in the league. For his career, he has 212 tackles, 53 tackles for a loss, and 34 sacks. In addition to that, he has a Super Bowl trophy to his credit. He initially spent 4 years with the Ravens before signing a 5-year contract with the Chicago Bears to the tune $38.75 million. $15.5 million of that was guaranteed. He led the team in 2015 with 18 quarterback hits. After being released in 2018, he jumped aboard the Washington Redskins ship for one season. When that brief stint came to a conclusion, he would rejoin Baltimore once more. In 2019, McPhee appeared in 7 games. He recorded 19 tackles and 3 sacks before being sidelined prematurely for the rest of the year due to an injury.

The #Ravens have re-signed OLB Pernell McPhee to one-year deal, another veteran who can contribute right away while the rookies learn.

Now, he’s healthy again and is able to step in right away. Last season, the Ravens ranked 21st in the league with 37 sacks. That is about to change. He doesn’t have to do it alone either. Pernell McPhee will be joined by Matthew Judon who had 56 tackles and 9.5 sacks in 2019. Tyus Bowser and Jaylen Ferguson showed promise this past season and return with high expectations. After being hit hard in inside linebacker departures as of late, they selected playmaker from LSU, Patrick Queen, with the 28th pick in the 2020 NFL Draft. Queen comes in with a high ceiling and many, including head coach Jim Harbaugh, think he’s legit.

Oh, and let us not forget that the Ravens also signed another veteran of 12 years, Calais Campbell. For his career, Campbell has 687 tackles, 88 sacks, 14 forced fumbles, and 11 fumble recoveries. Combining forces with Pernell McPhee is about to make life a living nightmare for opposing quarterbacks

Tipping a Brady pass in the direction of Dannell Ellerbe who intercepts it and proceeds to laugh like an axe murderer as he basically just sent the Ravens to the Super Bowl. pic.twitter.com/2ByG9rYxod

Having playmakers around him will allow pressure to be taken off McPhee. It could possibly lead to one of his most production seasons to date. He won’t have to do everything by himself. Not only will it take pressure off him, but it will allow time for the rookie/youngsters to learn. Plus, having the added benefit of being a tremendous locker room presence, expect McPhee to be a force as a leader/mentor as well. As long as they are willing to be molded into his image, they will become very dangerous players who are often synonymous of a Baltimore defense. What a great move by the Ravens’ organization. This, along with some other moves may be what they needed to hoist the Lombardi Trophy come season’s end.