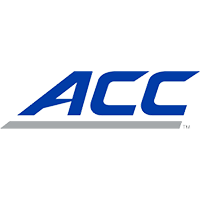 The ACC has made a decision about college football this fall, as well as its other fall Olympic sports. The conference announced Wednesday that its football season will begin play during the week of Sept. 7, originally scheduled as Week 2 of the 2020 season. ACC teams — plus Notre Dame — will play 11 games, including 10 ACC contests and one nonconference game against an opponent that resides in the home state of league members.

“Today’s decision was made after months of thoughtful planning by numerous individuals throughout the conference,” said ACC commissioner John Swofford in a release. “The Board’s decision presents a path, if public health guidance allows, to move forward with competition. Our institutions are committed to taking the necessary measures to facilitate the return in a safe and responsible manner. We recognize that we may need to be nimble and make adjustments in the future. We will be as prepared as possible should that need arise.”

Notre Dame will partake in the festivities and play a 10-game ACC conference schedule, making it eligible to compete in the ACC Championship Game. The ACC championship will be contested between the two teams at the top of the standings as the ACC will not have divisions in 2020.