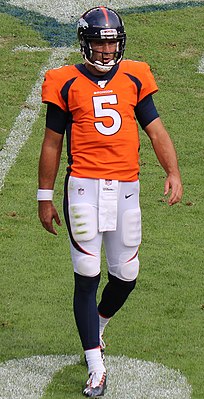 According to ESPN NFL insider Jeremy Fowler, Joe Flacco is expected to miss the start of the season. New York is targeting week three before he can return to action.

The Denver Broncos waived Flacco in March due to a failed physical designation after he was placed on season-ending injured reserve with a neck injury. ESPN reported in late May that Flacco could be cleared for contact in early to mid-September after his surgery in early April for a herniated disk.

“I can’t speak to exactly when I’m going to be ready, but it will not be day one,” Flacco said in an interview with SiriusXM NFL radio, according to ESPN. “Obviously, we’ll get with the doctors and I have another checkup come August, so we’ll see where that goes.”

This criticism of elites seems sure to alienate Joe Flacco voters. Risky only hours before Pence speaks in Baltimore https://t.co/rtTfUkFAwg