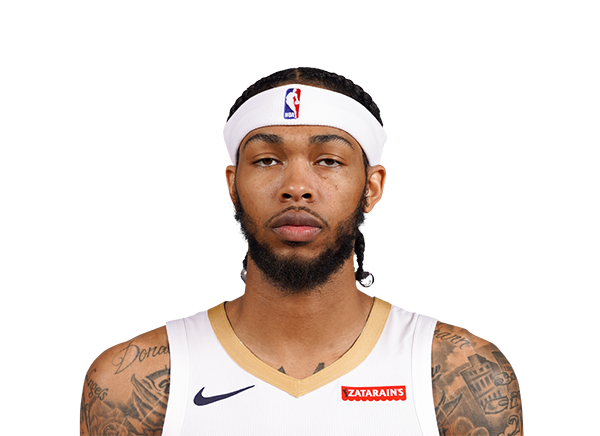 The National Basketball Association announced today that Pelicans forward Brandon Ingram is the recipient of the 2019-20 Kia NBA Most Improved Player Award.

“I want to congratulate Brandon on winning the NBA’s Most Improved Player Award,” said Pelicans Governor Gayle Benson. “I am so proud of Brandon’s personal achievements this season and am glad to see him rewarded for all of his hard work and dedication. It has been a truly memorable year watching him excel on and off the court.”

“This award recognizes the countless extra hours Brandon spent in the gym this season as well as the diligence and commitment he puts into the game every day, both mentally and physically,” said Pelicans Executive Vice President of Basketball Operations David Griffin. “I could not be more excited for him and his family to receive this well-deserved honor.”

Ingram, 6-9, 190, who was acquired from the Los Angeles Lakers last July, finished the season averaging career-highs in multiple categories, including points (23.8), rebounds (6.1), assists (4.2) and steals (0.9). Entering the season, Ingram held career averages of 13.9 points, 2.9 assists, 4.7 rebounds and 0.6 steals. The Duke University product also saw a major improvement in both three-point shooting as well as at the free throw line. Entering the season a career .329 shooter from beyond the arc on 0.7 makes and 2.0 attempts, Ingram shot .391 from three-point range on the season, increasing both his makes (2.4) and attempts (6.2) per contest. At the free throw line, Ingram entered the season with a career .662 shooting percentage, including a .675 shooting percentage last season, and increased his mark to .851 from the charity stripe in 2019-20. The improvement at the free throw line is the third largest year-over-year in NBA history (min. 250 FTA).