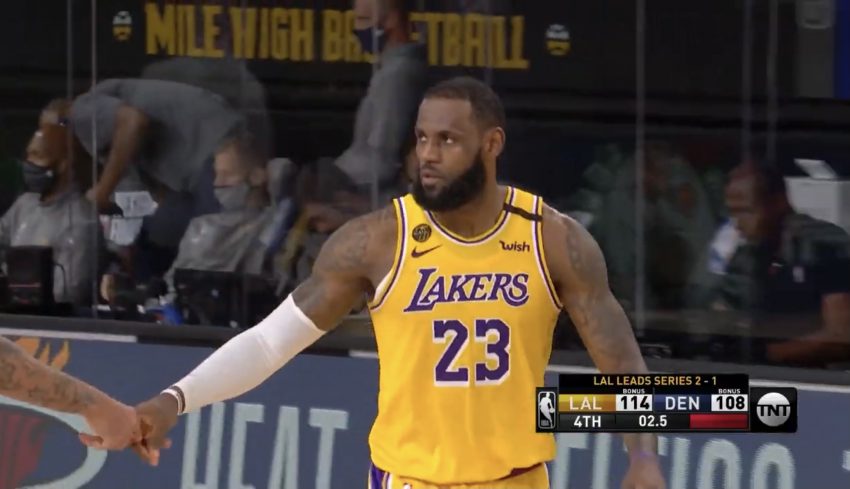 Lakers take a 3-1 lead over the Denver Nuggets. Anthony Davis led the Lakers in scoring with 34 points, he was dominating on the offense and defense side of the ball. Lebron James was his usual self dropping 26,9, and 8 he almost had a triple double. Lebron took the challenge of guarding Jamal Murray in the 4th quarter and locked him down. The Lakers fixed their rebound troubles from game 3 Dwight Howard was man among boys on the boards. Dwight helped the Lakers by having a double-double dropping 12 and 11. Kentavious Caldwell Pope hit a big 3 to give the Lakers a cushion in the 4th.

For  Denver they have been in this situation before being down 3-1 is nothing new to them. Jamal Murray proved once again why he is a future superstar in the NBA. He had 32 points and facilitated the ball well for the Nuggets. Jokic couldn’t get it going he had 16 points and struggled all night with foul trouble. Dwight and AD played a huge role in frustrating Jokic, he picked up his 5th foul around the 8 minute mark of the 4th and the Nuggets just couldn’t keep up the momentum.