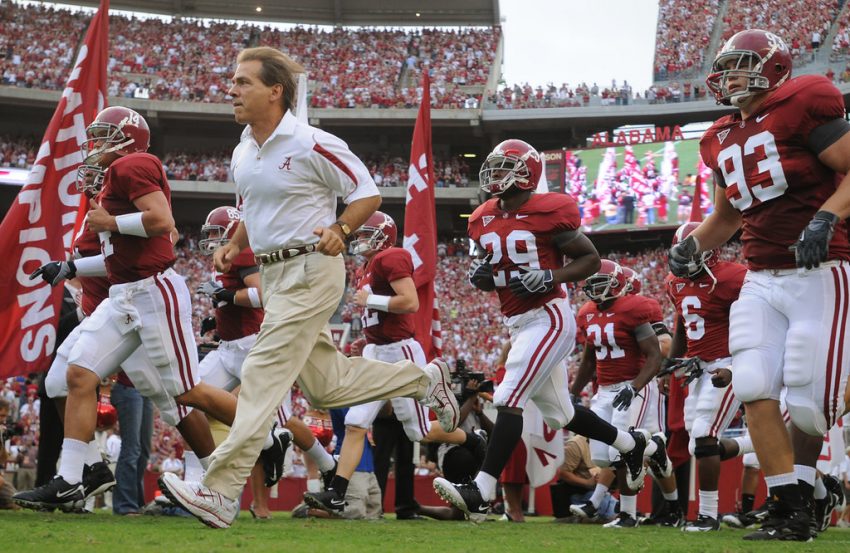 We are just moments away from the SEC Beginning it’s football season this year.  For the Alabama Crimson Tide, this means another shot at the coveted College Football Championship. After a disappointing season filled with key injuries, the Crimson Tide look to bounce ball an secure a spot in the College Football Playoffs. Last year, the Tide finished  with a 11-2 record , landing fifth in AP Poll behind the Oklahoma Sooners. Due to the coronavirus pandemic, SEC teams will play in-conference schools on their way to the SEC Championship and College Football Playoffs.

The Crimson Tide look to be amongst one of the top offenses in the country after returning several key starters on offense. Mac Jones looks to build up on his performance last year after he replaced Tua Tagolivia due to injury.  Mac Jones recently beat five-star recruit Bryce Young for the starting position this year. Alongside him in the backfield is senior running back Najee Harris, one of the top backs in the nation. Harris finished for 1,224 yards and 13 touchdowns last year. The tide are also returning two of the best receivers in the country with DeVonta Smith and Jaylen Waddle . Smith is projected to be a top 3 wide-receiver in the 2021 NFL Draft. Smith finished with 68 catches, 1,256 receiving yards and 14 TDs (TDs lead nation). Waddle is projected a top 5 receiver with a 4.3 speed and an excellent return game. Playing behind 3 stout first-round receivers, Waddle managed to still finish over 500 yards receiving last season.

Alabama ranks 2nd in the current AP Polls despite not playing a game this season. Saban’s quest for a 6th national title starts at Missouri, Saturday at 7 PM.