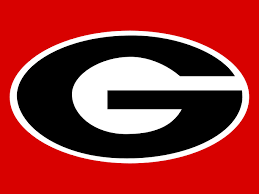 As the pandemic has caused SEC schedules to take a turn, this Saturday week 2 of NCAAF is in action! Seven games that were originally scheduled for later on in the season will be hosted this afternoon.

Some of the matchups for today’s games include a some big contenders for the 2020 National Football Championship. These include defending 2019 National Champions LSU, Alabama, Florida and Georgia.

The Georgia Bulldogs will embark in their first matchup of the year on the road against the Arkansas Razorbacks. In this game Georgia faces a slight encounter against a rather weak rebuilding razorbacks team under new coach, Sam Pittman.

The Bulldogs added a QB in the offseason. Wake Forest transfer Jamie Newman, but he then opted out. So the question for Georgia coach Kirby Smart is, “Who’s going to be QB1”? While the starting role isn’t locked in yet, there’s 2 athletes in the running for position. 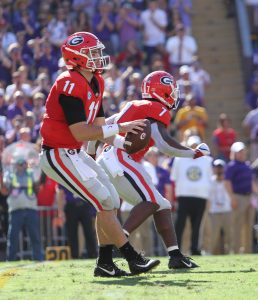 While the starting role isn’t locked in yet, there’s 2 athletes in the running for the position. Redshirt freshman D’Wan Mathis and Southern California transfer JT Daniels are in contention for the starting job. As Daniels is rehabbing his right knee injury it leaves Mathis to lead this powerful Georgia team on sites of a championship run.

The last time these two teams met was in 2014. The Bulldogs defeated the Razorbacks 45-32 in Little Rock.

Saturdays game is at 4 p.m. ET at Donald W. Reynolds Razorback Stadium in Fayetteville, Arkansas. This game will appear on SEC Network.