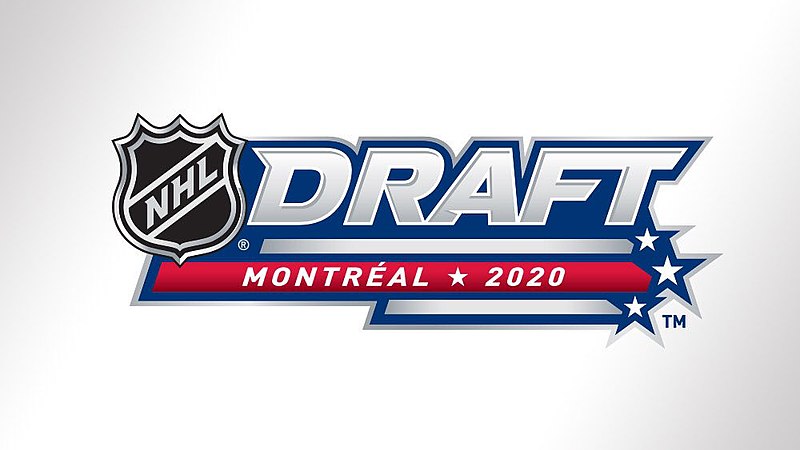 The 2020 NHL draft was held virtually in the span of two days on Oct. 6-7. As the new generation of soon-to-be NHL players made their virtual walks across the stage, fans and teams all over the nation tuned in.

With plenty of talent on the board to pick from the New York Rangers who won the lottery had the first selection.Their pick was top prospect in the class left wing Alexis Lafreniere 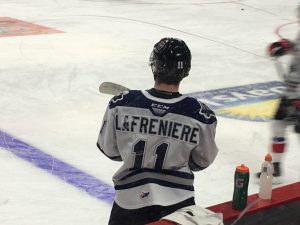 Here’s is a recap of some of the winners and losers of the 2020 NHL Draft.

The Kings with the #2 pick in the 2020 NHL Draft have picked Quinton Byfield. He has the potential to be a dominant force and a franchise player. He has elite-level speed especially for the size at 6’4. Byfield has many strengths in his game including playmaking and vision making him a promising prodigy in the future.

Flames pulled off a quick one with a double trade down which led to them picking up a few extra picks while still being able to get talented prospect Connor Zary.

Lucking up and getting the #1 player in the draft with Alexis Lafreniere is a HUGE come-up for the Rangers. He will fit in perfectly with there two seasoned left wingers Artemi Panarian and Chris Kreider. Also the only two players before Lafreniere with more points per game at the age of 18 are Sidney Crosby and Jonathan Drouin.

The Wild were in desperate need of Centers and Bill Guerin was destined to draft some! With the no.9 pick they selected Marco Rossi and then traded to receive Nick Bonino from the Nashville Predators.

In 2019 Toronto Maple Leafs were in desperation to clear sone cap space and the Hurricanes did them a solid in taking Patrick Marleau’s contract in exchange for their first round pick. As the Maple Leafs lost in a qualifying round their pick was no.13 which lead to the Carolina Hurricanes selecting Seth Jarvis who is undersized but will make a good offensive contribution and also Carolina drafted a potential steal in Noel Gunter.

The coyotes are definitely going through a tough time as they gave some of their no. 18 pick for Taylor Hall from the New Jersey Devils. This resulted in them selecting at no. 111.Arizona’s second-round pick was forfeited as a penalty for violations to the NHL Combine Testing Policy (they also lost their first round pick in 2021 over that). Meanwhile, the Coyotes third-round pick was given up as part of the Carl Soderberg trade who by the way is also set to become an unrestricted free agent.

Some will say that the Blue Jackets are definitely taking a gamble with selecting Yegor Chinakhov at no. 21. Most analyst did not have him in their top 100 which makes this pick kind of a head scratcher. Will it pay off?

After signing Ottawa from the Senators to a massive eight year 92 million dollar deal they were hoping to receive the first overall pick to tag along with him. Instead they had the last pick in the first round through Barclay Goodrow trade. and received Ozzy Wiesblatt who isn’t a bad player with traits of speed and skill but has to develop some physicality and size would be the downside also.

As the Red Wings are going through their rebuilding phases after a horrible 2019-20 season going 17-49-5 they received the no. 4 pick in the draft hoping to get no.1 but fell short. Their pick in Lucas Raymond was a good choice for them but falling to no.4 instead of no.1 which they were hoping for was their downfall. They can only hope this rebuilding phase doesn’t take too many years.

The Sabres had their pre-draft mock set to select Marco Rossi at no. 8 overall pick, general manager Kevyn Adams had a spark and thought differently. Newly hired executive instead picked his teammate Jack Quinn. While Quinn is a stellar player he scored 31 fewer points in 2019-20 while playing six more games. What made him make that choice? After seeing them play side by side and still choose Quinn over Rossi. Very questionable decision.