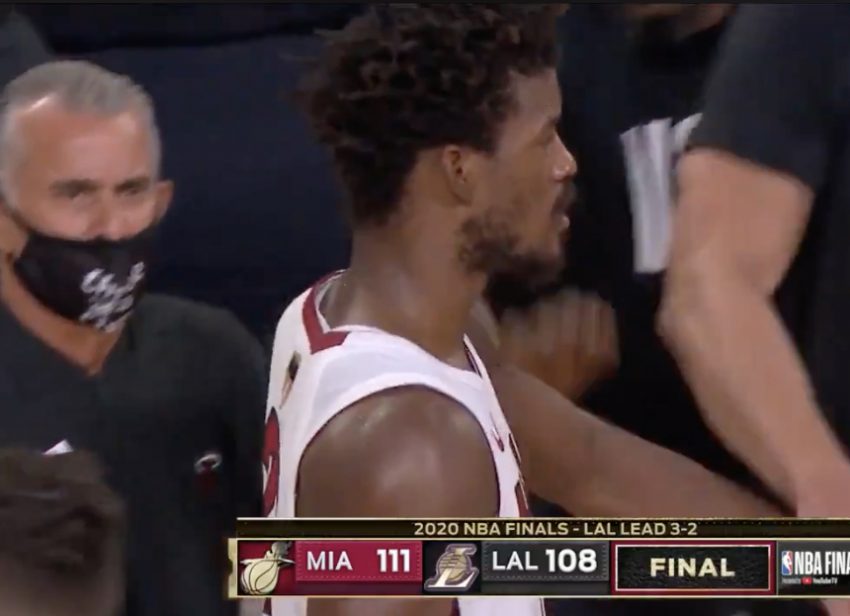 The Miami Heat won a closely contested game on Friday night. Jimmy Butler played the perfect game having a triple-double 35,12,11 and hitting the game winning free throws. Duncan Robinson had his best game of the series knocking down 7/13 from 3 giving him 26 points. Kendrick Nunn also had his best game with 14 points and was attacking Danny Green he hit a huge 3 pointer late in the fourth to put the Heat up by 6. The Miami Heat played great as team in a must win situation every time the Lakers tried to make a run the Heat answered with a run of their own.

For the Lakers it seemed Lebron was the only player that knew it was a close out game. He had 40 points and 13 rebounds, and was hot from 3. Usually when Lebron is hot from 3 his opponents lose but this wasn’t the case this time. Anthony Davis had 28 points and 12 rebounds but even his effort couldn’t stop the momentum of the Heat. With 8 seconds left in the fourth Jimmy Butler hit the game winning FT for Miami to see another game and keep their championship hopes alive.