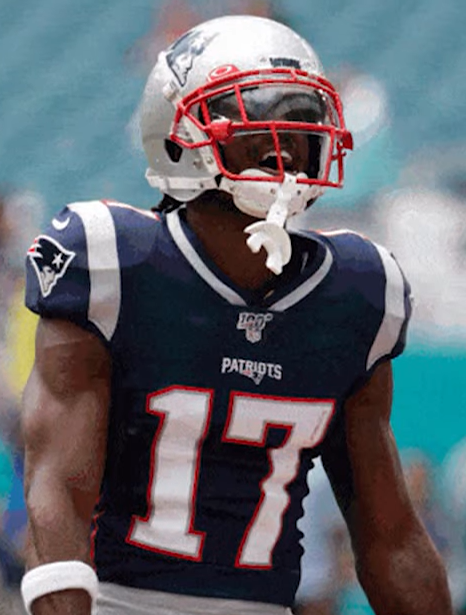 Antonio Brown and the Buccaneers have reached an agreement on a one-year deal, according to ESPN’s Adam Schefter Brown, pending he passes COVID-19 protocol, will likely make his Buccaneers debut against the Saints in Week 9.

The move reunites Brown, a seven-time Pro Bowler and four-time All-Pro receiver, with Brady, who was Brown’s teammate for a brief time during his final season with the Patriots, and coach Bruce Arians, who was Brown’s offensive coordinator in Pittsburgh during his first two seasons in the NFL.

Update: Antonio Brown and the Buccaneers have reached agreement on a one-year deal, per sources.

Language still has to be finalized, COVID protocols passed, but Brown is likely to make his Bucs’ debut in Week 9 against the Saints.

Sources: The #Bucs have been quietly working on a deal with WR Antonio Brown and it’s now
“very close.” Tom Brady has been pushing for this for some time. Now looks to be happening. Brown is on his way to TB.