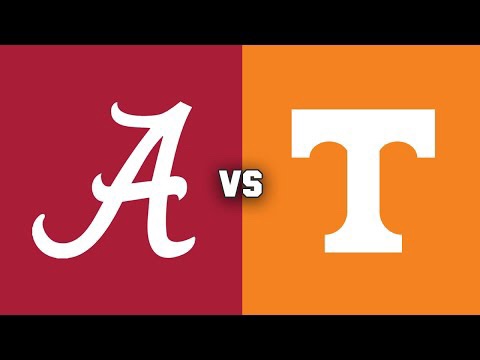 Since taking over the helm at Alabama, Nick Saban has posted an undefeated record against the once proud Tennessee Volunteers. This afternoon, he and the Crimson Tide have extended their streak to 14-straight. Alabama defeated the Vols 48-17 on the road at Neyland Stadium. So, once more the traditional victory cigars will be smoked by the Crimson Tide.

Although the Tide came away with the victory, they also came with a great loss. On the opening kickoff, prolific wide receiver Jaylen Waddle injured his ankle while being tackled. The pain was evident as he was beating the earth forcefully with his fists. Waddle was taken off the field shortly thereafter by team medical staff to the locker room. As time progressed, cameras showed Waddle being loaded into an ambulance to be taken to the hospital. As Alabama fans waited prayerfully by their TVs and social media platforms, their worst fear was eventually confirmed. At half time, Nick Saban announced that Jaylen had broken his ankle. He will miss the remainder of the season.

Nick Saban tells @JamieErdahl that Jaylen Waddle will be out for the year after injury vs. Tennessee. pic.twitter.com/HYcExcqayo

In Waddle’s absence, the offense played on to the tune of 587 total yards. That included outstanding performances by John Metchie (7 rec, 151 yards) and fan favorite Slade Bolden (6 rec, 94 yards). Najee Harris was also on fire with 20 carries for 96 yards and 3 touchdowns. He also posted an additional 6 receptions for 61 yards. Mac Jones was stellar as well. He continued to impress as he accumulated 387 yards on 25 of 31 passing attempts.

Slade Bolden with a catch 🤩 pic.twitter.com/oa0fhJCu7n

Alabama fans caught another glimpse of highly touted freshman quarterback Bryce Young. He only threw 5 passes, but any snaps for the newcomer are meaningful in regards to his development. Young looked very comfortable in the pocket as he moved Alabama down the field. He fired sharp passes to John Metchie, showing great poise. Bryce had a great opportunity to throw for his first collegiate touchdown, but Slade Bolden couldn’t hang to a perfectly timed pass in the endzone. They had to settle for a field goal.

Bryce Young with another 3rd down conversation on the drive 🤩 pic.twitter.com/3GB8VMzvyF

The much maligned Alabama defense surrendered 302 yards of total offense. However, missed tackles, inability to generate pressure, less than ideal coverage at times, and a “goose egg” in the sack column left many Tide fans grumbling; especially on social media. It definitely didn’t resonate well when Jarrett Guarantano picked up 1st downs with his legs. However, as the game wore on, they appeared to be making adjustments and limited the Vols’ offensive output.

A bright spot on the defense was freshman Malachi Moore. His play had many Alabama fans comparing the young man to legends like George Teague and Minkah Fitzpatrick. He continues to impress and makes quarterbacks regret throwing to his side of the field. Moore was vital to the Tide, breaking up key throws that could have placed his team in difficult positions. He was also responsible for one of the most electrifying plays of the game on Tennessee’s opening drive of the 2nd half. Vols running back Eric Gray was stripped on a 2-yard loss. Moore scooped up the fumble and returned it 28 yards for an Alabama touchdown.

Forced Fumble by Malachi Moore for 28 yards for the TD.

Malachi is that dude.

The Tide were victorious as they improved to 5-0 on the season. However, most fans would agree this feat is a bit watered down with the loss of Jaylen Waddle. It’s devastating. We could see it in the eyes of Najee Harris on the sideline. However, the Tide will and must continue to rise. It looks like John Metchie may be the next star to remedy Waddle’s departure. Time will tell. In the meantime, Alabama comes away successful against their rival and will focus their attention on their next opponent, Mississippi State.

Another game vs Tennessee, another win 😉
14 in a row 😤 #RollTide pic.twitter.com/lrh3bGM26T