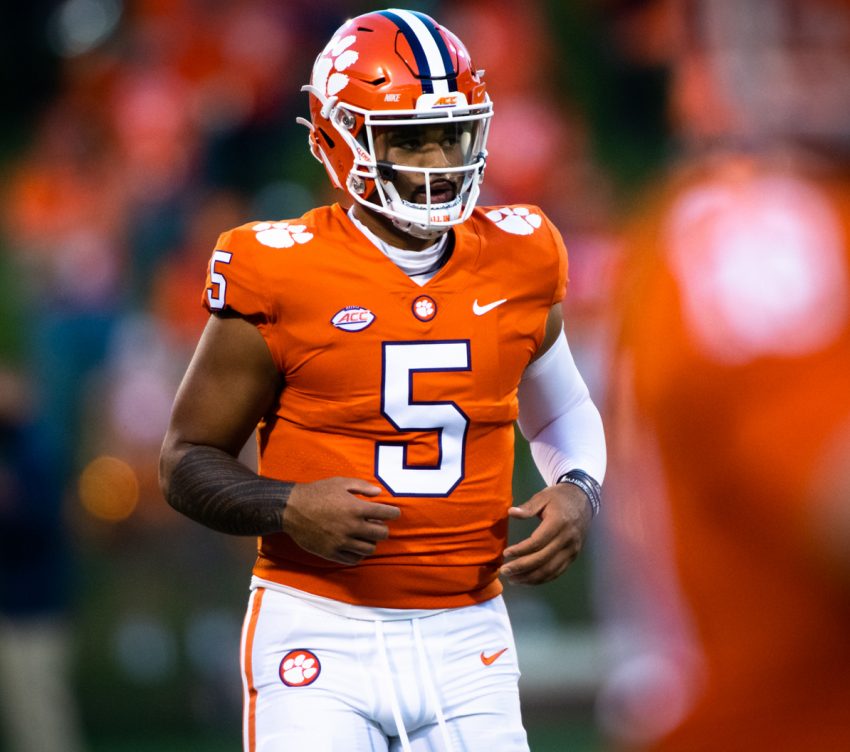 Trevor Lawrence is out DJ Uiagalelei is in. DJ was considered the No.1. pro style quarterback in the class and the No.10 prospect overall. The only QB with a better ranking was Alabama’s Bryce Young. If you never seen him play he’s a great athlete standing at 6’4 and weighing 250lbs Uiagalelei is the next big thing at Clemson. The film shows that he’s a confident passer with the ability to step out of the pocket and make throws on the run.

Uiagalelei, who is from Samoan descent attended St. John Bosco High School in Bellflower California. Where he was dominating his High School competition. DJ had a great senior year passing for 4,225 yards and 48 touchdowns and was named High School Offensive player of the year. He was also a 2 time high school all American. Uiagalelei gets his first start against Boston College but this isn’t the game that Clemson fans should worry about, next week Clemson faces Notre Dame and that game has huge playoff ramifications. The only thing Clemson should be worried about is how will the freshman respond when facing real competition.