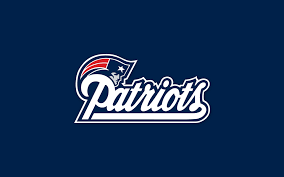 On this edition of Monday Night Football the struggling New England Patriots faced off against the winless New York Jets. The Patriots prevailed late in the game as they came back from a 10 point deficit in the 4th quarter and ending with a Nick Folk 51 yard field goal to secure the win.

These two teams have many things to prove to the league this season, the Patriots have to prove that they can have winning season without their former quarterback Tom Brady. The Jets have to show the NFL they can get a win this season after going 0-8 so far this season.

The former NFL MVP Cam Newton definitely showed last night that he is able to bounce back out the slump he was in as he had 2 rushing touchdowns going 27-35 for 274 yards.

Newton’s game has significantly improved after being benched Jarrett Stidham against the San Francisco 49ers after throwing 3 interceptions. What’s changed we might ask well Cam stated

” I’m getting tired of sucking, Simple. As a competitor, you know what your standard is. Taking pride in your way, that’s what it comes down to.”

The Patriots after getting this win improve to (3-5) and will be facing the Baltimore Ravens @8:20pm ET on NBC.

The Jets stay winless (0-9) and looking for the first W will be facing the Los Angeles Chargers @4:25 ET on CBS.