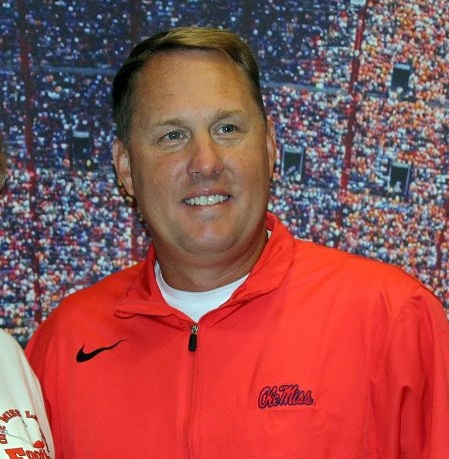 Liberty, as a private institution, doesn’t release the financial details of coaches’ contracts. But in ranking among the five highest-paid coaches in the non-Power 5 ranks, that would place Freeze’s average salary at $3 million-plus per year.

This is Freeze’s second season at Liberty, which has won nine straight games dating back to last season, most recently a 38-35 victory on the road against Virginia Tech on Saturday.

“That was without question the biggest win in the history of our school,” said McCaw, who added that the two sides had been working on an extension for several weeks.

The Flames (7-0) are ranked No. 22 in the latest Associated Press poll in just their second full season at the FBS level after being a provisional program in 2018. They own two wins over ACC opponents after defeating Syracuse 38-21 on the road earlier in the year and face a third ACC foe on Nov. 21 when they travel to NC State.

“I said I was wrong. I’ve paid a price. My family paid a heck of a price. When can we move on?” Hugh Freeze asks.

A dispatch from the hills of Virginia, where there is a curious university in the AP Top 25.

On the past, present & future of Hugh Freeze – https://t.co/CJJnQ0AODI