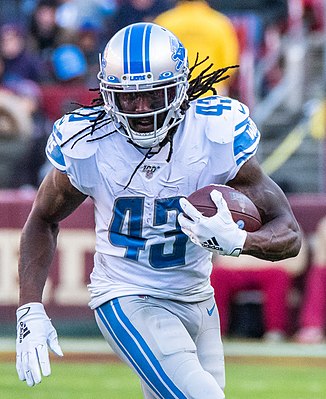 The Seattle Seahawks added running back Bo Scarbrough to their practice squad.

Scarbrough, a 2018 seventh-round pick out of Alabama, finished his rookie season on Seattle’s roster. Scarbrough appeared in six games for Detroit last season, starting five and rushing for 377 yards and one touchdown on 89 carries. With the Seahawks dealing with multiple injuries at the position, Scarbrough is the second running back added to the practice squad in as many weeks, joining 2016 Seahawks draft pick Alex Collins, who was elevated from the practice squad for Sunday’s game in Buffalo.