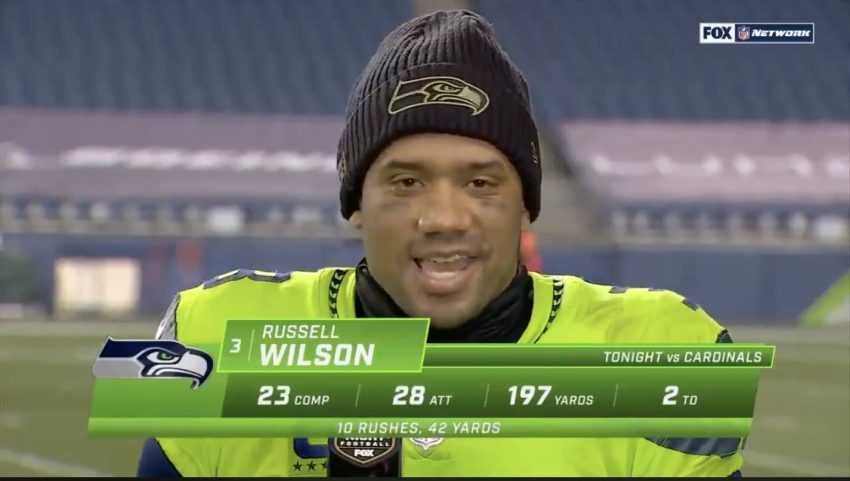 The Seattle Seahawks and their quarterback, Russell Wilson, steadied themselves and moved into first place in the NFC West. Wilson threw two touchdown passes and benefited from an improved running game as the Seahawks beat the Cardinals, 28-21, Thursday night in Seattle.