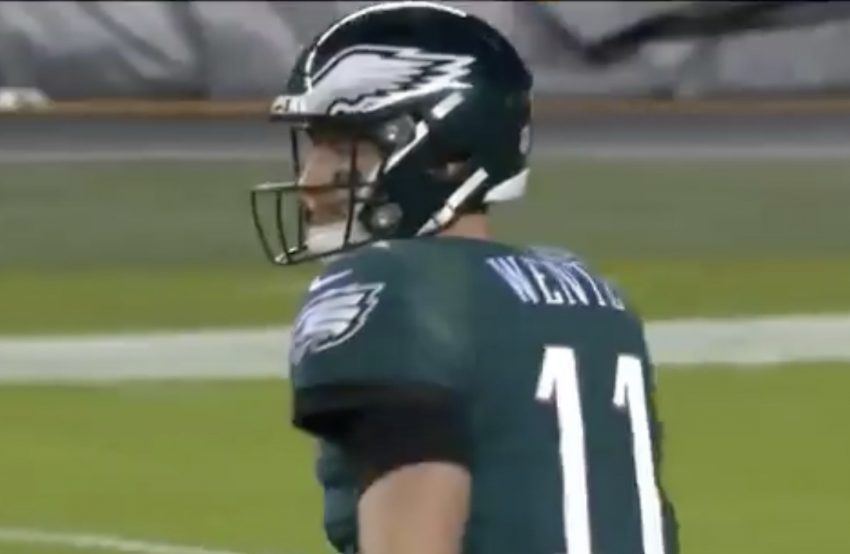 Carson Wentz is facing scrutiny for his lackluster performance as of late. Wentz has been inaccurate, indecisive, and inconsistent. Sometimes it appears to be that he is the issue for the Eagles. Wentz has a 73.4  passer rating after having a 98.3 passer rating from the 2017-19 season. Wentz is also the 6th QB and only QB under 30 to have his passer rating fall 24 points in 3 seasons. The Eagles have eight games to figure out how to help Wentz or they might not make the postseason. Wentz is also the 8th highest paid QB in the NFL, and the Eagles are not getting a return on their investment.

Wentz has played in one playoff game in his four previous seasons while battling injuries that have seemingly taken their toll, physically and mentally. In 2017, after winning 11 games, he blew out his knee and watched as Nick Foles  took the franchise to its first Super Bowl championship. He then listened as fans insisted Wentz, even when healthy, wouldn’t have done that, then listened again when many complained that the Eagles got rid of the wrong quarterback when they allowed Foles to walk after the 2018 season.

There are many questions surrounding Wentz. Can Wentz be fixed? Can he return to the player he was in 2017, when he threw 33 TD passes and only seven interceptions, or has his repaired knee sapped him of play-making magic? Can he and head coach Doug Pederson combine to get the Eagles into the postseason, and if so, will they go anywhere, anyway? It is important to remember that Carson Wentz is still a young QB so there’s still hope.