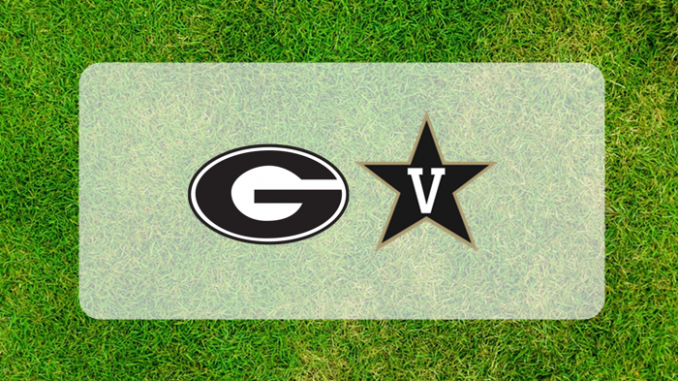 Georgia football will not be playing Vanderbilt this weekend according to a report from Cole Cubelic of the SEC Network.

This was set to be GEorgia’s final home game of the season. Georgia does not have a scheduled oppoenent for the weeks of Dec. 12 and Dec. 19. Georgia also has a game against Missouri that needs to be made up as well.

The Commodores have had one game postponed once this year already due to issues with the virus and contact tracing in their own program. They still have to make up a game with Missouri that was originally scheduled for October 17. Florida was dealing with a COVID outbreak at the same time as Vanderbilt, causing the SEC to shuffle the schedule and move the Bulldogs’ bye week up one week to October 24. UGA was supposed to play Kentucky on that date but the game with the Wildcats was moved to October 31 to make the schedules line up.