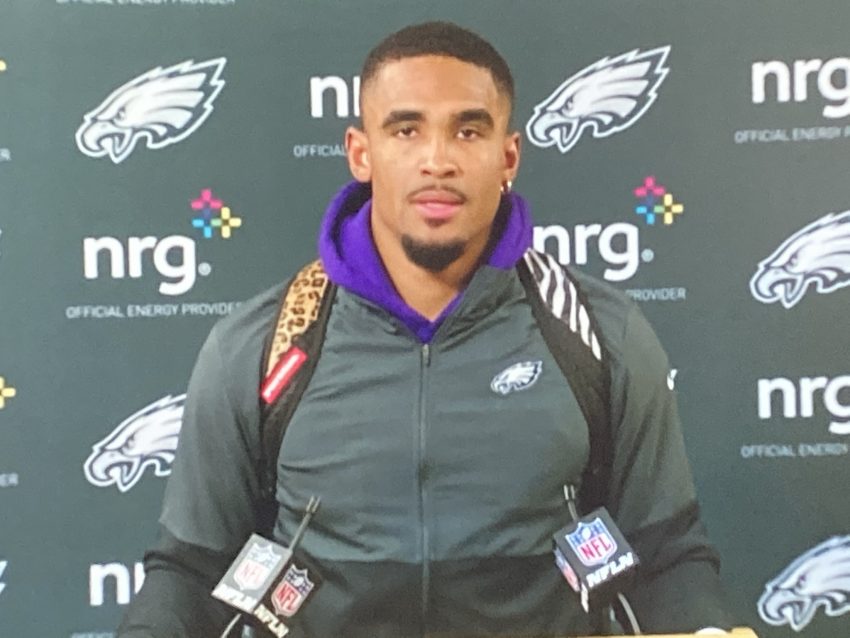 The Philadelphia Eagles will start rookie Jalen Hurts as quarterback, according to ESPN’s Chris Mortenson and Adam Schefter. Hurts replaces Carson Wentz, who went to the bench in Sunday’s loss.

Following another disappointing performance against Green Bay, Wentz opened up about the quarterback situation.

“I don’t like where we’re at this season record-wise (3-8-1),” Wentz said. “I know I can play better and we can all be better moving forward. We gotta clean some things up.

Annnnndddd just like that Jalen Hurts became the starting QB for the Philadelphia Eagles.

Hurts should probably start, but big picture implications show how everything has gone horribly wrong at QB since the draft.