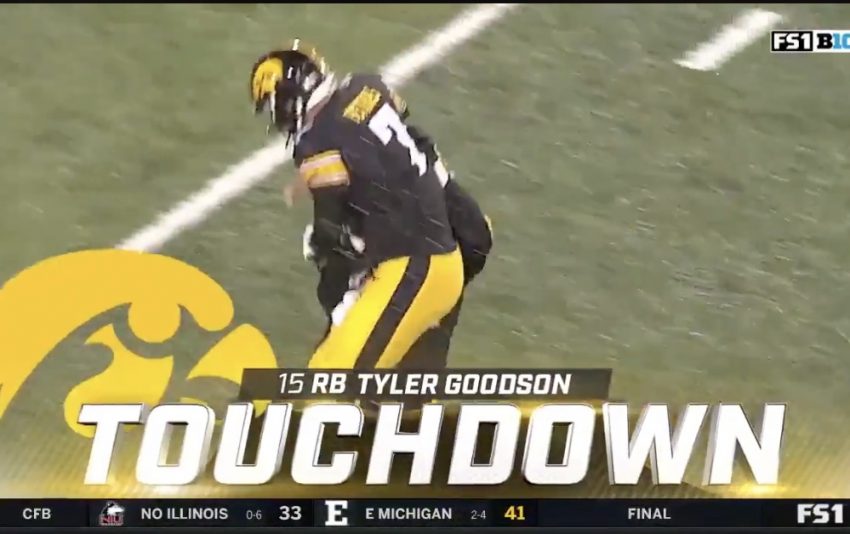 Spencer Petras threw for 211 yards and two touchdowns to Ihmir Smith-Marsette to lead No. 19 Iowa past No. 25 Wisconsin 28-7 Saturday, the Hawkeyes’ sixth win in a row.

Iowa (6-2, 6-2 Big Ten) beat the Badgers (2-3, 2-3) for the first time since 2015 to reclaim the Heartland Trophy. Hawkeyes players celebrated by making snow angels after flurries picked up in the second half and blanketed the field in white.

Wow. No Jalen Berger for Wisconsin today against Iowa. Other guys out include Stephan Bracey, Isaac Guerendo, Semar Melvin, Danny Davis and Kendric Pryor. Going to be awfully tough to move the ball today. pic.twitter.com/b89OdwRhkx