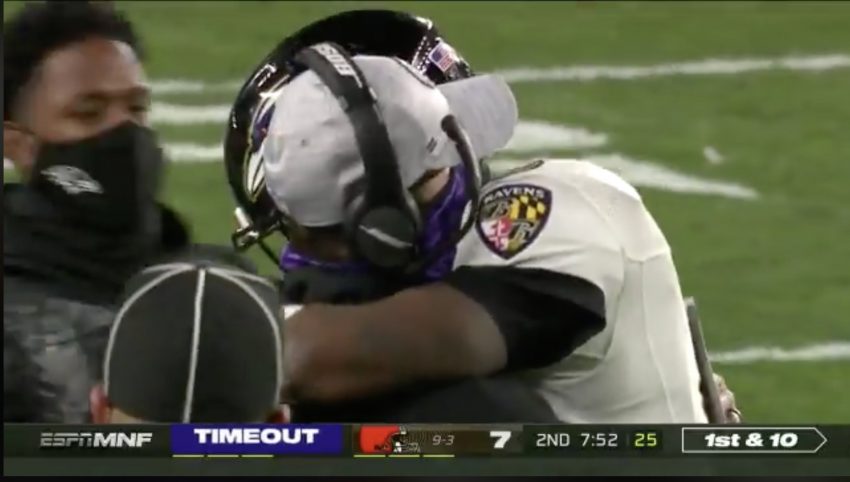 Lamar Jackson emerged from the locker room, saved the game and maybe Baltimore’s season with a 47-42 win over the Cleveland Browns in a wild, back-and-forth Monday night game in which the teams combined to tie a 98-year-old NFL record.

Back on the field after being sidelined by cramps, Jackson threw a 44-yard touchdown pass to Marquise Brown and then set up Justin Tucker’s 55-yard field goal with two seconds left as the Ravens (8-5) stayed in the playoff picture.

A game dripping with playoff intensity delivered with endless drama and numerous twists, none bigger than Jackson running back onto the field for a fourth-down play after his backup, Trace McSorley, had suffered a knee injury.

“I’m still stretching and I’m like, ‘We gotta go out there,’” he said. “It was fourth down, my guys were making great catches and we came out with the victory. As soon as I saw him go down, I came out of the locker room.”

Lamar flew in to save the day

Ravens take down the Browns 💥 @brgridiron