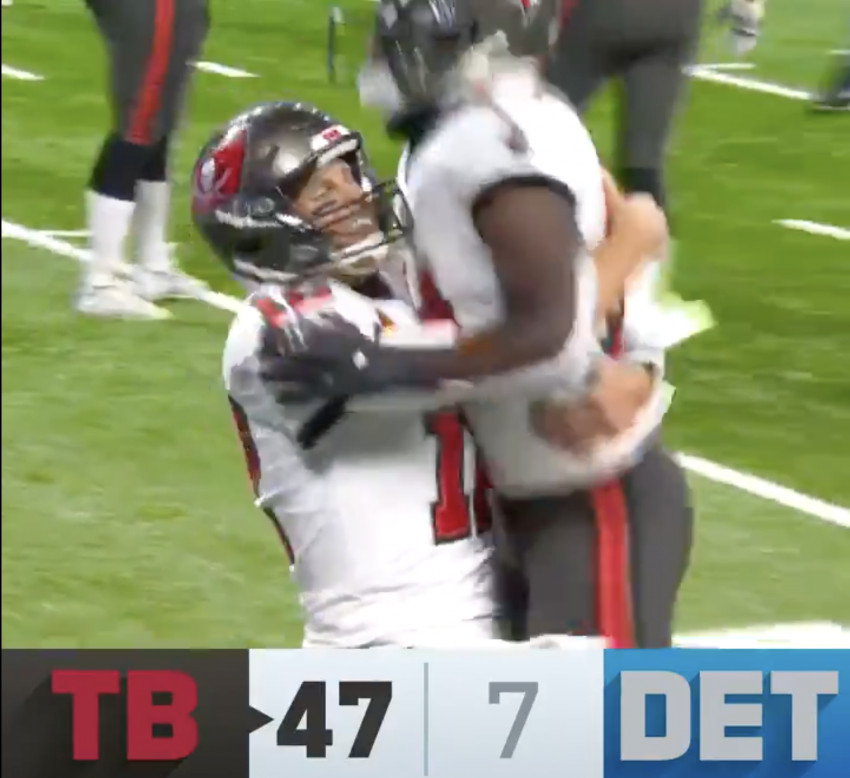 The Tampa Bay Buccaneers have clinched their first playoff berth in 13 years, never leaving the outcome of Saturday’s matinee in doubt in a dominating 47-7 victory over the Detroit Lions. In a game that was decided by halftime, Brady had his best first half of football ever — completing 22 of 27 passes for 348 yards with four touchdowns and no interceptions.

The @Buccaneers are in the #NFLPlayoffs for the first time since 2007! #GoBucs pic.twitter.com/EYQO3PXf4d

Brady with a laser 💪