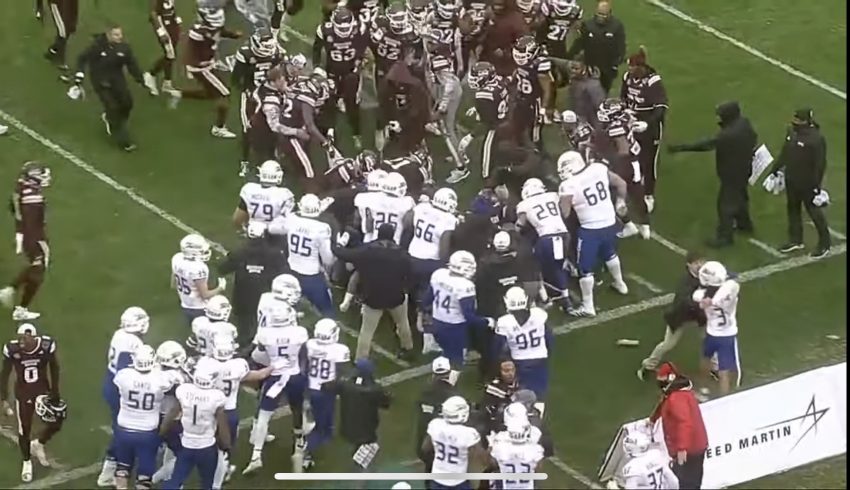 A massive brawl broke out in the moments following the Armed Forces Bowl on Thursday, marring Mississippi State’s 28-26 win against Tulsa in Fort Worth, Texas.

It is unclear what sparked the fight, which included kicking and punching and involved several members from both teams. What started with some shoving near midfield during the postgame handshake spilled toward and down the sideline.