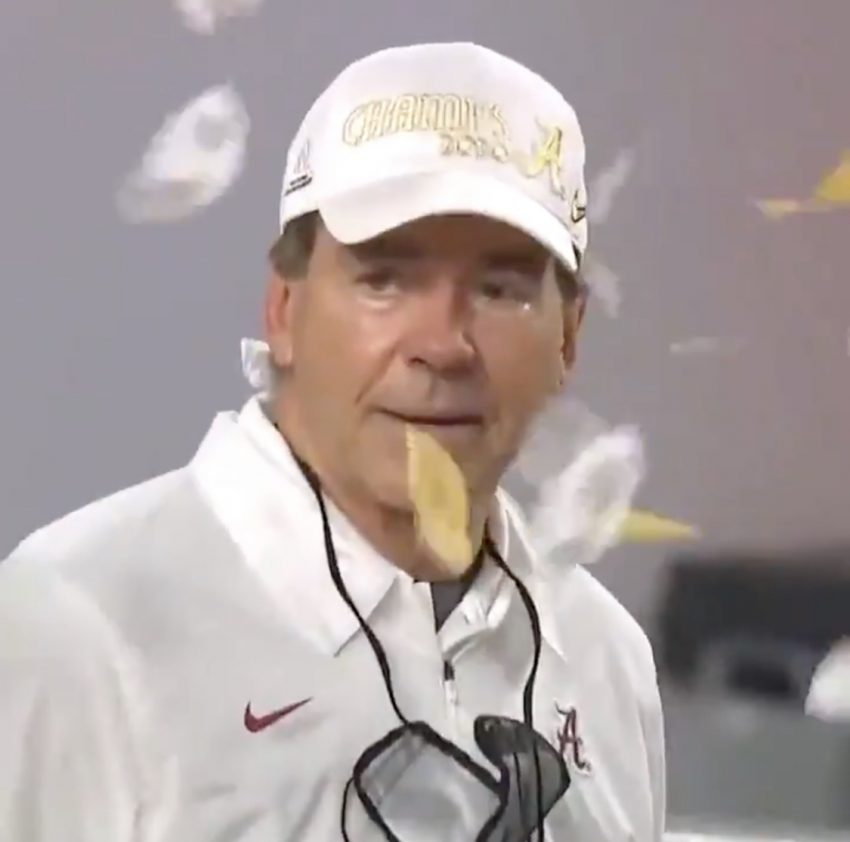 Alabama coach Nick Saban on Wednesday evening was named the 2020 winner of the Bear Bryant coach of the year award.

It is the second time Saban has won the award, which has been given annually since 1986 by the American Heart Association. The first time was in 2003 when he led LSU to a national championship.

Nick Saban wins the Paul “Bear” Bryant Coach of the Year Award. It’s the first time he’s won the award while at Alabama. He won it previously at LSU.

All Hail The King 👑

Nick Saban passes Bear Bryant for the most national titles in the AP Poll era 🏆 🏆 🏆 🏆 🏆 🏆 🏆 pic.twitter.com/nrL78co6SX