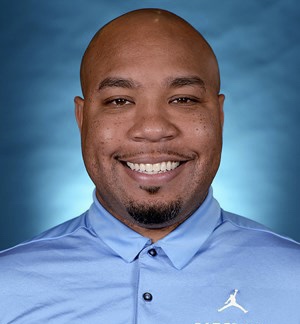 “I’m extremely happy to add a coach the caliber of Robert Gillespie to our staff,” Saban said. “From his playing days at Florida, to the numerous running backs he has developed throughout his career, Robert has been successful at every stop of his coaching career. He is an excellent teacher, an outstanding recruiter and coaches with great passion and enthusiasm. He is a tremendous addition to our coaching staff, and we look forward to having Robert and his family here at The University of Alabama.â

Gillespie arrives at the Capstone after three years coaching running backs at North Carolina for then-head coach Larry Fedora for a season and then two years for head coach Mack Brown. Gillespie tutored two of the nationâs finest running backs in 2020 as Michael Carter and Javonte Williams both recorded 1,000-yard seasons. Carter led the way 1,245 yards on the ground and nine touchdowns while Williams scored 19 times on the ground and finished with 1,140 yards.