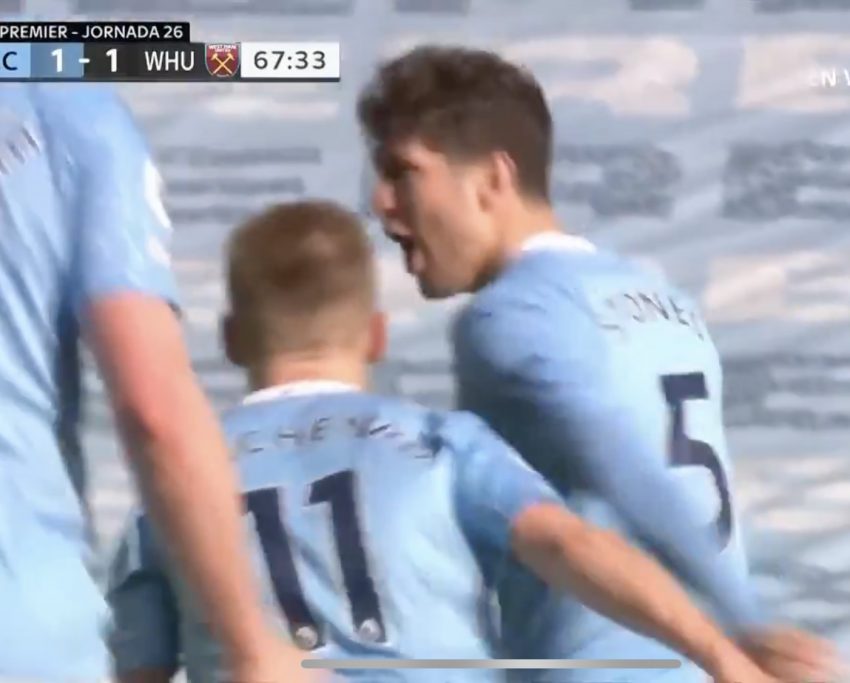 John Stones is enjoying the season of his career as his emphatic strike took Manchester City to a 20th consecutive victory. If Riyad Mahrez’s feet bedazzled West Ham’s defence to create the opening to find him, then Stones’ instantaneous shot that burst Darren Randolph’s net was supreme.

City are now 13 points clear at the top with 12 games to play.

“It was really difficult, after 45 minutes today we realise we are not going to paint anything beautiful,” Man City head coach Pep Guardiola said. “Second half we were much better than the first half. When you play a lot of games, in the league and then the Champions League, this is normal.

“We were lucky to get all three points. The mathematics matter at the end of the season.”