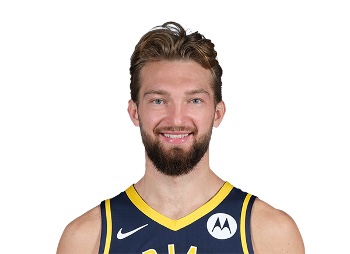 Bigs were brought into the competition in 2016, and they’ve won four of the six competitions since then. By defeating fellow big man Nikola Vucevic in the final round, Indiana Pacers All-Star Domantas Sabonis won the 2021 competition and joined Karl-Anthony Towns, Kristaps Porzingis and Bam Adebayo as big-men skills champs.

Sabonis had a perfect first two rounds, eliminating the Knicks’ Julius Randle and the Mavs’ Luka Doncic by going 2-for-2 on the pass and 2-for-2 from 3-point range. He nailed the pass again in the final round, but needed some help from Vucevic to close it out. Both bigs missed their first 3-point attempts, but Sabonis drained his fourth to take home the trophy.