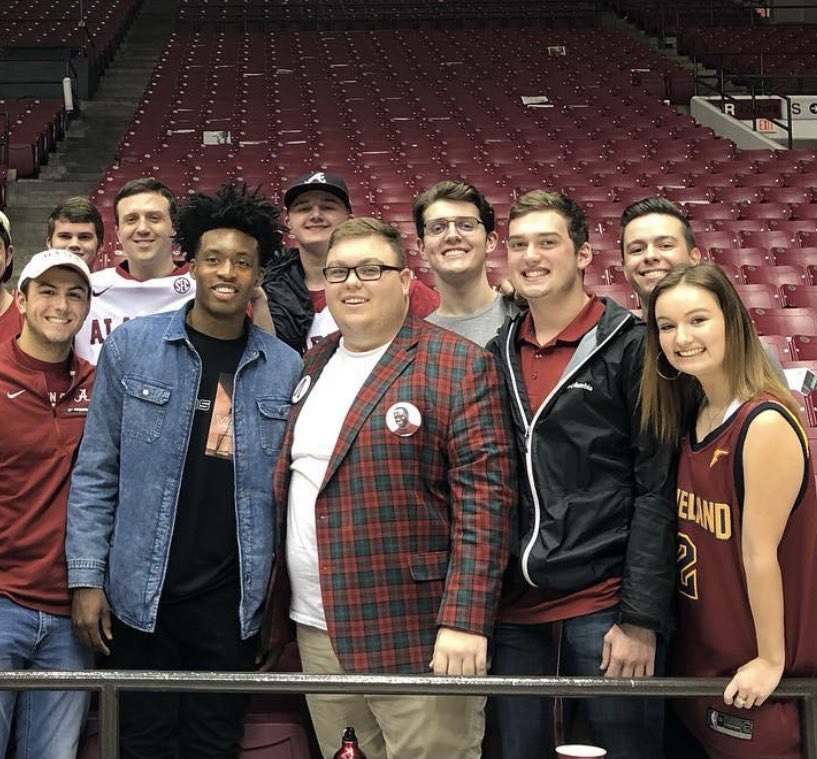 Just days ago, Alabama Men’s Basketball completed their amazing season due to a loss at the hands of UCLA in the Sweet 16. However, the Alabama nation would experience another loss in the form of the passing of a beloved fan. Luke “Fluffopotamus” Ratliff passed away last night because of COVID-19 related complications. The former UA student was only 23-years old.

We will forever remember our #1 fan. We love you @fluffopotamus88 https://t.co/knEDECsKjB

Long before the meteoric rise of the basketball program due to 2nd year coach Nate Oats, Ratliff began a movement of his own. This came at a time when the program wasn’t that popular. At best, the Crimson Tide were regular participants in the lowly NIT tournament. Fluffopotamus didn’t care. Over the course of 4 seasons, he would unselfishly pour life into student section and fan base alike. His passion became contagious.

I’m at such a loss for words. Luke was one of my best friends and I have never been more saddened by anyone. I’ll always remember you. Always say goodbye and I love you to your loved ones. pic.twitter.com/sMRRppSknD

The former public relations major founded the “Crimson Chaos” section composed of his fellow students. While the basketball program was still trying to find its way, Luke’s spirit was being poured out onto the Bama nation. Slowly, it was becoming cool to be a Bama hoops fan again.

This new found energy began to capture the players as well. They played with a different swagger. Confidence began to permeate their style of play. After an amazing finish against Texas A&M in the SEC Tournament, Alabama found themselves back in the NCAA Tournament in 2018. The stat sheet an analysts may attribute that feat to current Cavaliers star Collin Sexton. However, the fan base would quickly tell you it was the combined effort of Fluffopotamus and Sexton that led to this accomplishment.

Alabama’s return to glory would be proven premature. The following season ended in disappointment. They failed to reach the NCAA Tournament and were unceremoniously ousted from the NIT in the opening round. To make matters worse, then head coach Avery Johnson and the program agreed to part ways. However, Ratliff’s faith was unwavering. He remained strong. With the program left in uncertainty, fans looked toward their appointed leader for strength. Seeing that his passion remained unchanged, they continued on the journey with him.

Absolutely sick over this. It was an honor to know @fluffopotamus88. He will be so missed and leaves behind a great legacy. Fly high Fluff♥️🙏

Soon after, Nate Oats was announced as the team’s next head coach. No one was more excited that Luke. His support for the newly hired Oats was inspiring. It would eventually lead to a bond never seen before between coach and fan. The two recognized each other as family. As Oats began to reshape the team in his image, he looked to Ratliff to continue leading the Tide Hoops faithful. It was as if he was a part of his extended coaching staff. Oats knew that during this rebuilding stage, they’d face more trials than glory. Just like with Nick Saban, the fans would have trust the process. If Luke trusted the process, Bama nation would indeed follow the same mindset.

Devastating news. Doesn’t seem real. Fluff has been our biggest supporter since day one. Put all he had into our program. Loved sharing this ride with him. You’ll be missed dearly my man! Wish we had one more victory cigar and hug together. Roll Tide Forever.@fluffopotamus88 pic.twitter.com/1igys6NdHh

Many followers of teams claim they are the biggest fan. However, none were bigger than Luke Ratliff. He never claimed that mantle, but his actions did. Over the course of 4 years, he attended almost every game. He brought his college career to a close having traveled to 44 of the last 45 conference and post season games. 42 of those were in a row.

i will finish college having attended 44 of the tide’s past 45 conference and postseason games, including 42 in a row.

what a freaking ride it’s been.

His final season as a fan and last days on this earth were spent seeing his basketball team reach heights not experienced in decades. Alabama won their first regular season SEC title since 2002. It didn’t stop there. The Crimson Tide won their first SEC Tournament title since 1991. To close out their phenomenal year, Oats & company advanced to the Sweet 16. Although they didn’t finish with a Final Four appearance or national championship, it was still a season of the ages. No one’s heart was more full than that of Fluffopotamus.

thank you for the ride of a lifetime.

Some may argue that Alabama’s success on the court this season was due to Herb Jones, John Petty, Jahvon Quinnerly, or a combination of the three. However, if you ask a true Alabama fan who was responsible, they’d have to name a Co-MVP. That would be none other than Luke “Fluffopotamus” Ratliff. No one could ask for a more fitting way to end their college career as a fan. One could even say that this was God’s way of rewarding Luke before calling him home to glory. Although it was sooner that we would have liked, he spent his appointed time serving people. Because of Fluffopotamus, countless fans experienced a level of happiness that will never be rivaled. That is the legacy that he leaves behind

Rest In Peace Luke. Thank You for being one of Alabama’s number one supporters! You will be missed 🙏🏽❤️🕊 #RollTideForever pic.twitter.com/RPx0gIrZyL 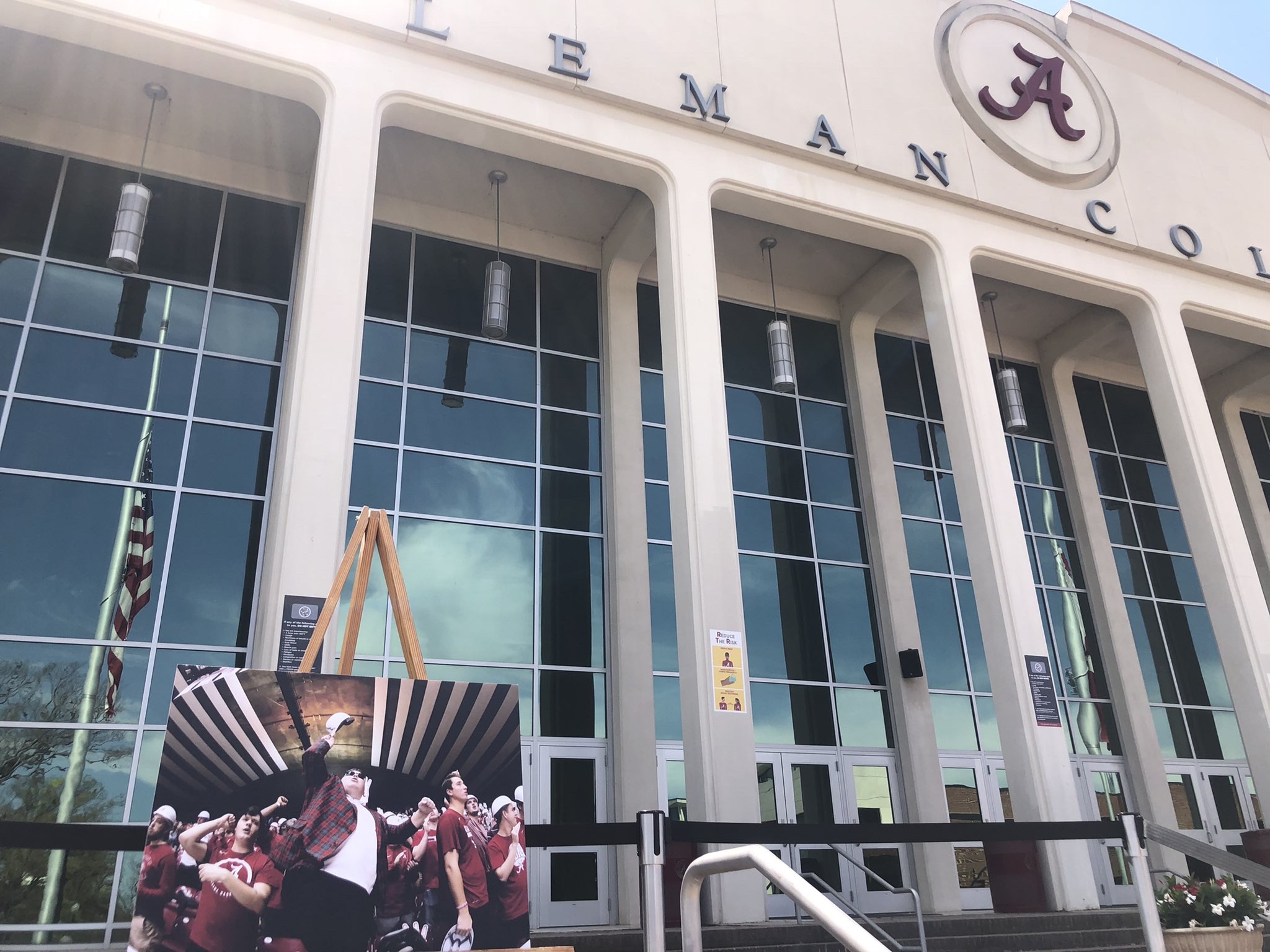