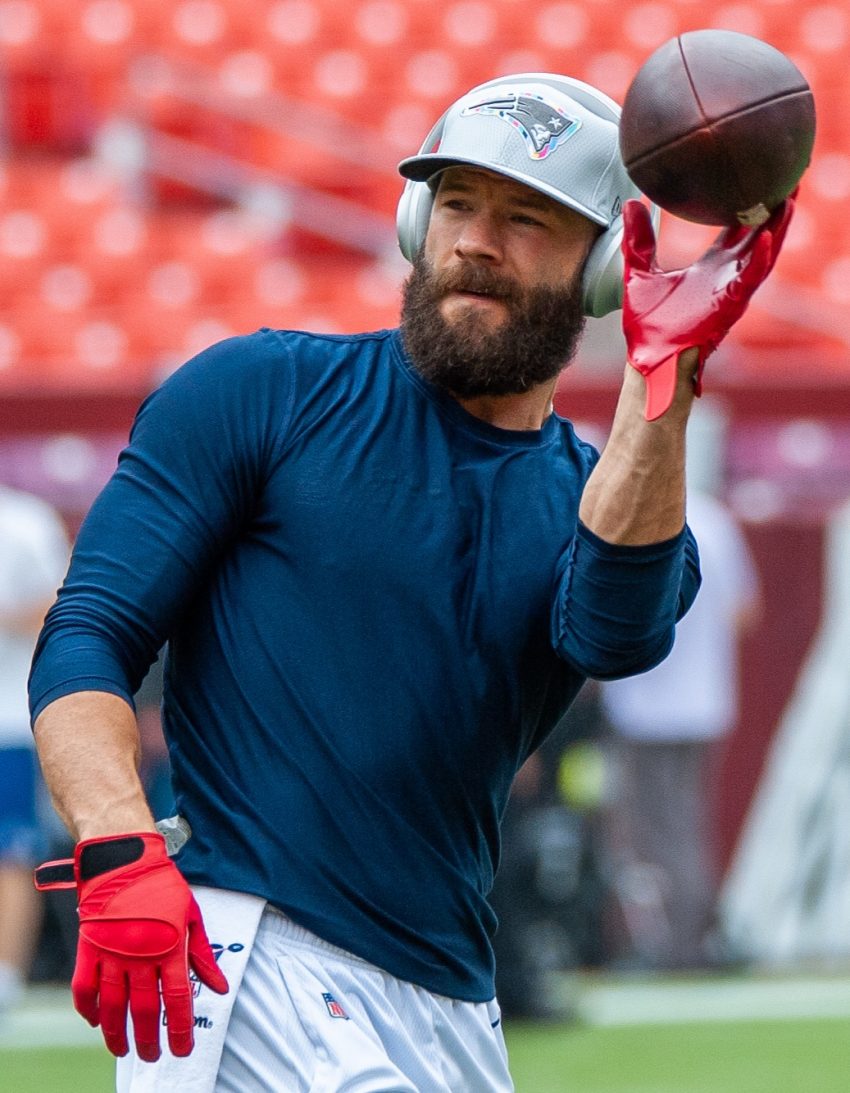 Edelman, 34, is a veteran of 12 seasons with the Patriots after originally joining the team as a seventh-round draft pick (232nd overall) in the 2009 NFL Draft out of Kent State. The 5-foot-10-inch, 198-pounder played in 137 regular season games with 85 starts and is second in team history with 620 receptions, fourth with 6,822 receiving yards and ninth with 36 receiving touchdowns. He also had 58 rushing attempts for 413 yards, the most rushing attempts and rushing yards by a wide receiver in Patriots history. His 9,869 all-purpose yards are fourth in team history.

“Julian Edelman is one of the great success stories in our franchise’s history,” said Patriots Chairman and CEO Robert Kraft. “There aren’t many players who earn an NFL roster spot at a position they have never played before. Julian not only did that as a seventh-round draft selection, but he is retiring with the second-most career receptions in franchise history and as a three-time Super Bowl Champion, including his last as Super Bowl MVP. No one was more committed to his craft and honing his skills than Jules. His explosiveness off the line, quickness in his cuts and elusiveness after the catch made him one of the hardest players to defend throughout his career. His clutch catches in our biggest games and overall toughness made him a fan favorite. Over the past 12 years, I have enjoyed watching him grow as a player, as a person and as a father. In 2019, I had the privilege of traveling to Israel with Julian, which might be the only place where he is more popular than here in New England.”

Edelman sits second in NFL history with 118 postseason receptions, behind Jerry Rice’s 151 catches in the playoffs.

The #Patriots have terminated the contract of WR Julian Edelman, per the wire. He’s listed as a failed physical.