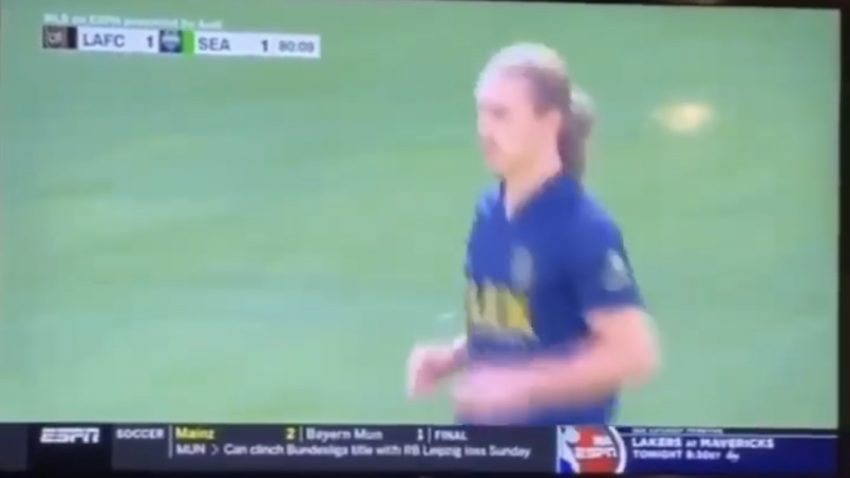 Eduard Atuesta scored the fastest goal in LAFC history in the second minute, and Brad Smith headed home his first MLS goal early in the second half for the Seattle Sounders in the Western Conference powers’ 1-1 draw Saturday.

LAFC earned four points in its two season-opening home games with no contributions from its two best players, Carlos Vela and Diego Rossi.

Coach Bob Bradley was heartened by the draw against the team that has knocked LAFC out of the playoffs in each of the past two seasons.

“I liked our mentality,” Bradley said. “I felt that the concentration to really stay in the game against a good team was at a high level. I thought we had opportunities in the second half had we been able to be a little sharper with the final pass, or sometimes our crossing. Just little things around the box where we weren’t good enough or sharp enough.”

New signing Cal Jennings entered in the 83rd minute of the game.