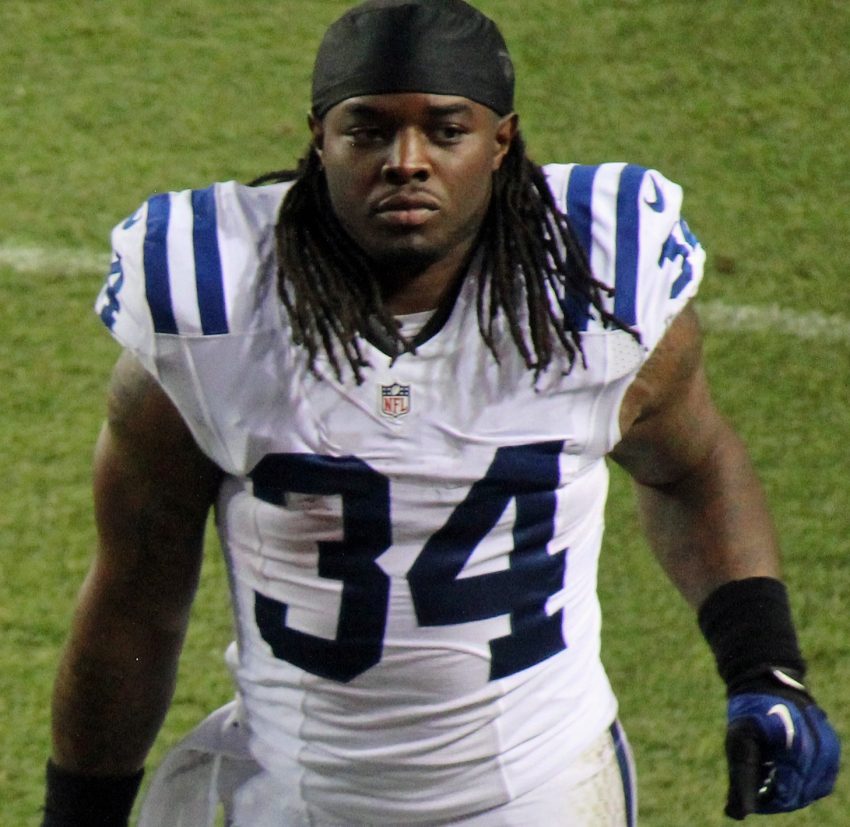 Recently, a lot of the focus has been directed towards Tim Tebow’s return to the NFL. The former Heisman winner is attempting a comeback after being absent from the game for 8 years. His decision has caused quite a stir in the sports world. In the midst of Tebow’s resurgence, another one was taking place. Just not in the way you would expect. Former All-American and Heisman runner up Trent Richardson is making his return to football. However, unlike Tebow, it’s not with the NFL. Instead, he’s joining the Caudillos de Chihuahua of Futbol Americano de Mexico (FAM).

The surprising announcement came earlier last week on his Instagram account. Previously, the Browns’ former No. 1 draft pick had been living cryptic clues regarding a new venture. The latest being “The Return of T. Rich 2022”. This posting sent fans into a buzz of speculation. Then, the official unveiling took place. Richardson streamed a live feed of the Caudillos’ press conference that confirmed his intent to lace up his cleats once more. He signed a 1-year contract to play for the team.

While a lot of people may heavily criticize this move, Trent Richardson has embraced this opportunity. He’s approached it with excitement and humility. “A lot of people don’t get this opportunity, and so for them to take a chance on me to have another opportunity for me and my family, it’s big,” Richardson said. Most may see it as a publicity stunt to bring attention to an otherwise unknown league. To Trent, it is the exact opposite. “It’s huge, and I know they think I’m doing them a favor. But they’re definitely doing me a favor. “I’m gonna do everything I can to make this league better. I’m gonna do everything I can to make sure there’s more awareness to Mexico because people get the wrong idea when you’re talking about the Mexico league,” Trent said adamantly.

Although his career has taken many paths since dazzling us during his days at Alabama, one thing is for sure. He believes in his dream. Despite his age and destination, he’s going to pursue it with everything he has. The love of the game is still alive for the Pensacola native. We’re excited to see how this new chapter unfolds.

Congrats to my bro #TrentRichardson!!! Making his big announcement right now on his return to professional football in Mexico!