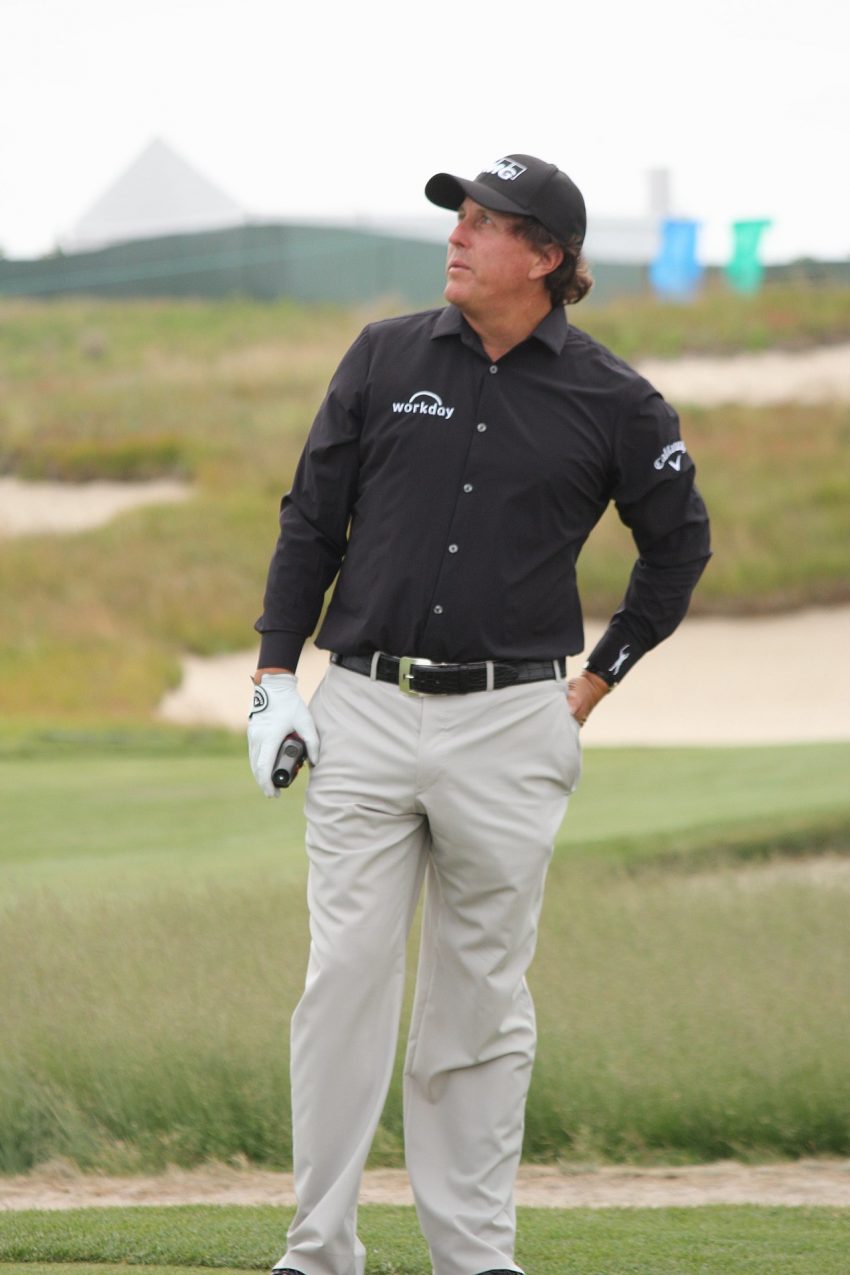 APhil Mickelson is the clubhouse leader at the PGA Championship — a surprise given his recent form and struggles with numerous aspects of his game.

Jason Day had an easy explanation.

“There were no foul balls,” said Day, who played with the 50-year-old Mickelson during the first two rounds at the Ocean Course. “Usually with Phil, you can get some pretty wide ones, and he kept it straight out in front of him.”

Much like Thursday, Mickelson started slowly Friday then rallied over his closing nine holes. This time, he shot a 3-under-par 69 that included a 31 on his final nine holes on the front nine to reach the halfway point at 5-under 139.