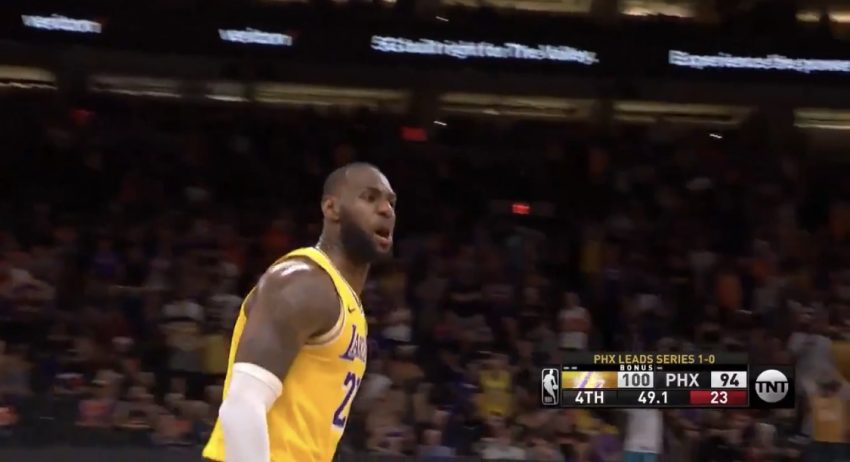 Lakers tie the series 1-1 with the Suns. It wasn’t the most dominant performance my the Lakers as a whole but a win is a win. For the Lakers Anthony Davis was the leading scorer with 34 points on 7/15 shooting. Davis also had a double grabbing 10 rebounds. For Lebron James he had 23 points and 9 assists. Dennis Schroeder added 24 points on 8/16 shooting after a lack luster game 1. For the Lakers the unsung hero was Alex Caruso he played great defense all night and was a spark off the bench.

For the Suns they fought all night and looked like they were going to steal the game late. But a few mistakes down the stretch would allow the Lakers to pull away. Devin Booker had 31 points on 7/17 shooting. Chris Paul struggled with his shoulder all night and wasn’t much of a factor. Ayton  played well adding 22 points and 10 rebounds, he had moments where he was giving Anthony Davis problems. With Chris Paul not playing a ton of minutes Cameron Payne showed up adding 19 points on 6/15 shooting. Payne and Ayton high screen pick and roll gave the Lakers trouble and the Suns should go back to it in game 3.