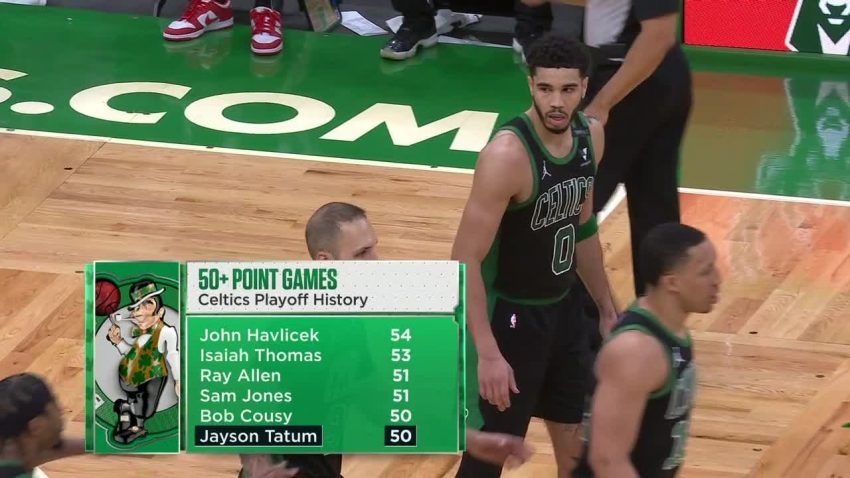 Every one of the 4,789 fans who entered TD Garden on Friday night came ready to boo Kyrie Irving until their voices were hoarse. But after the Boston Celtics came away with a stunning 125-119 victory over the Brooklyn Nets in Game 3 of their first-round playoff series, those same fans were doing something very different when they left: chanting Jayson Tatum’s name.

Tatum scored 50 points for the second straight game in this building to go along with six rebounds and seven assists in 41 minutes. It was a spectacular performance that was enough to overcome his old teammate Irving, as well as Brooklyn’s former MVPs, Kevin Durant and James Harden, to drag the Celtics back into this series.

“It’s just one of those nights,” Tatum said. “Trying to protect home court, trying to get a win at all costs.