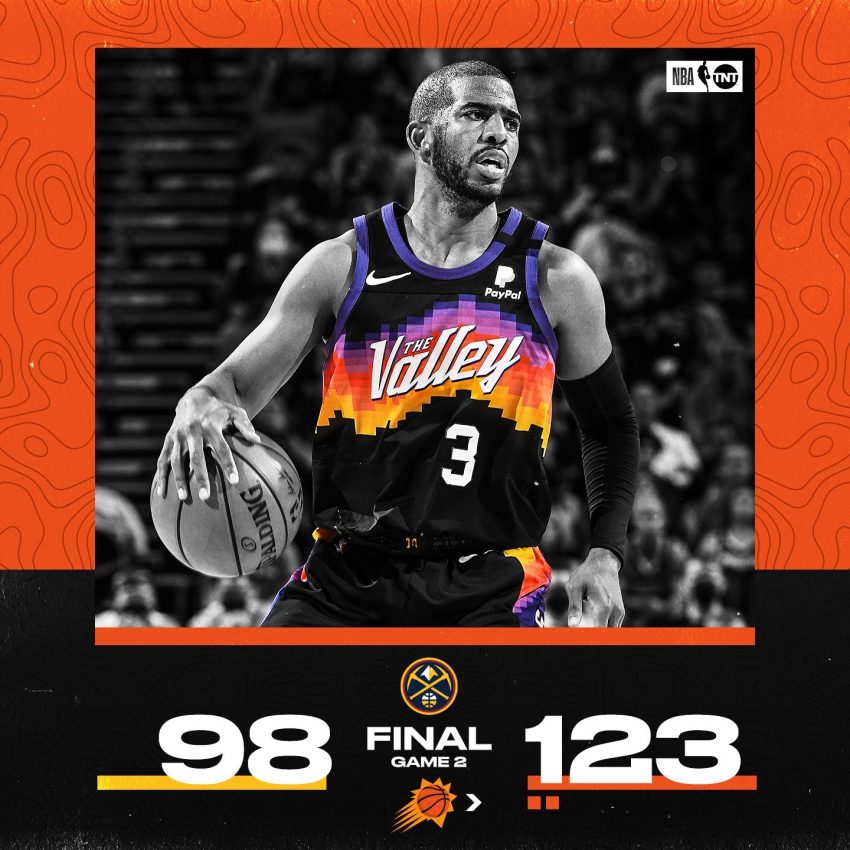 The Phoenix Suns pulled out a dominant 123-98 victory over the Denver Nuggets in Game 2 on Wednesday night to take a 2-0 lead in the second-round series. The victory was the fifth straight for Phoenix this postseason. Chris Paul led the way for the Suns with 17 points, 15 assists and zero turnovers. Paul’s assist-to-turnover ratio in the series is now a staggering 26-1. Devin Booker also added 18 points and 10 rebounds for the surging Suns.

Denver Nuggets guard Will Barton (hamstring) will make his return tonight in Game 2 against the Phoenix Suns after being sidelined since April 23, league sources tell @YahooSports, @NBAonTNT.