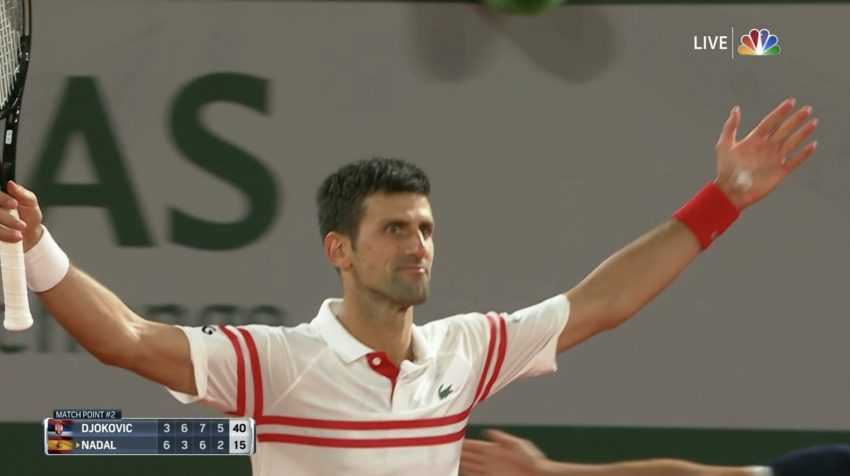 Djokovic, as it happens, is one of only two men in tennis history who knows what it takes to beat Nadal at Roland Garros. And now Djokovic has done it twice — this time ending Nadal’s bid for a 14th championship there and record-breaking 21st Grand Slam title overall by coming back to win their 58th career matchup 3-6, 6-3, 7-6 (4), 6-2 on Friday night.

“Just one of these nights and matches that you will remember forever,” said the top-seeded Djokovic, who trailed 2-0 in the closing set before reeling off the last half-dozen games to reach his sixth final at the clay-court major tournament.

Prior to this, Nadal was a perfect 26-0 in his French Open career in the semifinals or later 😳 pic.twitter.com/bM7N5X67zB