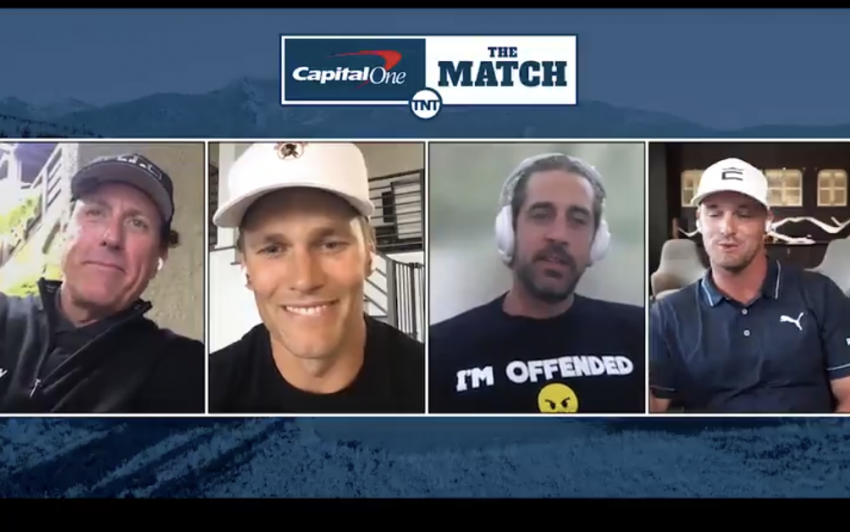 During Capital One’s press conference for “The Match”, a game of golf between Phil Mickelson and Brady against Bryson DeChambeau and Aaron Rodgers, Brady took a not-so-subtle shot at the reigning MVP for how his season ended.

The Packers infamously elected to kick a 26-yard field goal in the NFC championship game against the Buccaneers while trailing 31–23 with 2:09 to go in the fourth quarter instead of letting Rodgers take another shot to get a first down or score. Coach Matt LaFleur caught heat for the decision but Rodgers clearly wanted his chance.

The Packers lost 31–26 and Brady went on to get his seventh ring.

Tom Brady trolls Aaron Rodgers, says he “would have liked to go for it a little more often,” but he takes it in stride:

“Well, I don’t usually get the option in my experience” 😂 https://t.co/NeEdHwWa0w