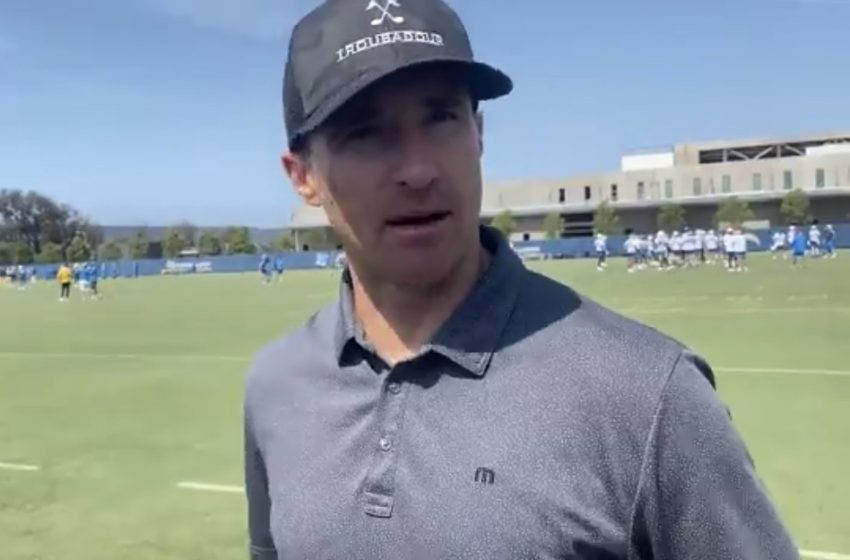 Retired Drew Brees made the trip to L.A. to catch up with the team that drafted him, plus some friends — not just former teammates like Jared Cook and Chase Daniel, but his old Saints quarterbacks coach Joe Lombardi, too. However, the real draw would be second-year Chargers quarterback Justin Herbert.

“I’ve actually been really impressed with him,” Brees told Sports Illustrated’s Fernando Ramirez, emphasizing that Herbert has made a strong impression off of their limited contact together. “There’s no doubt that his physical tools are as good as anybody I’ve ever seen. By call accounts he’s a great worker, he’s got great leadership qualities, he’s got a lot of intangibles. So I think the sky is the limit for a guy like him.

Former Saints and Chargers QB Drew Brees when asked about what he has seen from QB Justin Herbert playing him last year, “the sky is the limit for him.” pic.twitter.com/4wMxxvVTRV