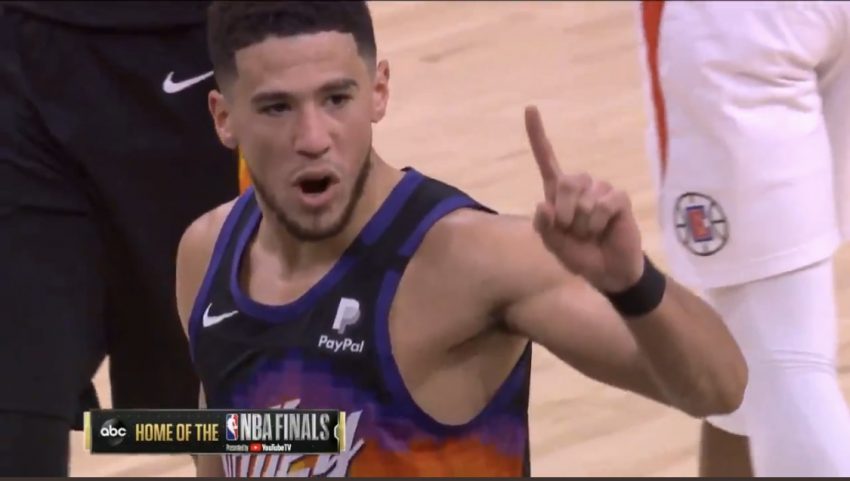 While the story entering the game may have been focused on the players who were unavailable, Chris Paul and Kawhi Leonard, the story coming out of Game 1 will be the back and forth battle between Devin Booker and Paul George as the two went at it all day long in the Suns’ 120-114 victory.

Booker finished the win with the Suns’ first playoff triple-double since Steve Nash accomplished the feat in 2005. The All-Star guard was masterful on the offensive end recording 40 points to go along with 13 rebounds and 11 assists as he seemingly made the right play whenever Phoenix needed it. On the other side, George led the charge for the Clippers finishing the game with 34 points, five assists and four rebounds but, in the end, it wasn’t enough to overcome Booker and the rest of the Suns.

Suns star Chris Paul (protocols) is out for Game 1 of the Western Conference finals vs. the Clippers.

It’s on! Suns vs Clippers @phxarena on Sun, June 20 & Tues, June 22 to kick off the Western Conference Finals.