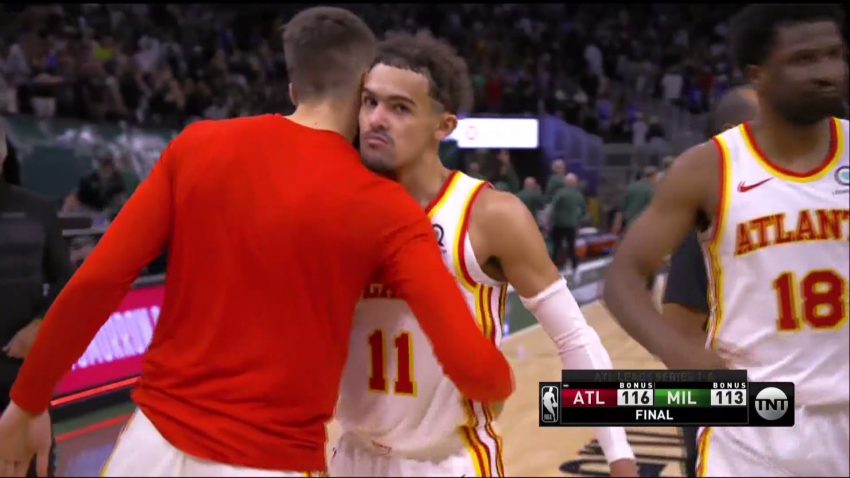 The Hawks take game 1 winning 116-113. Trae Young played an unbelievable game dropping 48 points on 17/34 with 11 assists. Young carried the Hawks to victory in a tightly contested game. The Bucks couldn’t contain him he scored when he wanted, and when the Bucks over played Young he dished it to a wide open teammate. Collins provided 23 points and 15 rebounds. He was a great number 2 guy for the Hawks.

The Bucks played their best game of the playoffs but it wasn’t enough. Giannis had 34 points and 12 rebounds with 9 assists. Holiday had 33 points and 10 assists. Any other time the Bucks would’ve taken this game especially at home. But Young dropping 48 points was enough for the Hawks to steal game 1. What makes things worse for the 1st time in the playoffs the Bucks played like the bigger more athletic team and still lost. Game 2 will be interesting to see if the Hawks can continue to play like this.