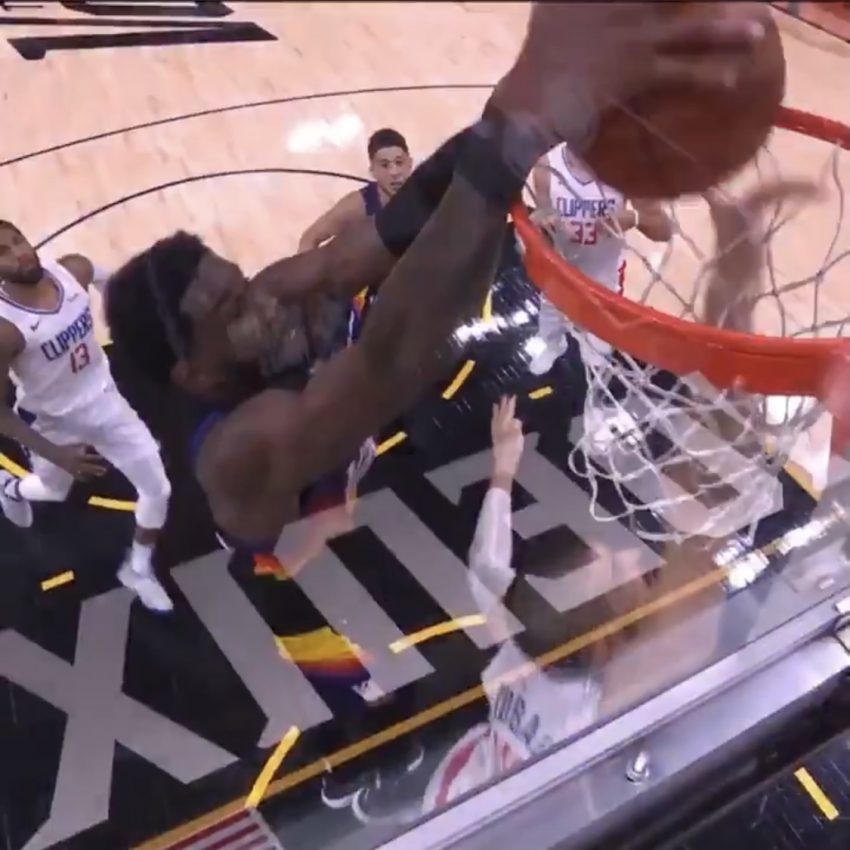 The Western Conference finals continued in thrilling fashion on Tuesday night, as the Phoenix Suns beat the Los Angeles Clippers, 104-103, on Deandre Ayton’s last-second tip-in. With the win, the Suns are now up 2-0 in the series and Chris Paul hasn’t even played yet. With their leader expected to return for Game 3, they have a great chance to advance to the Finals for the first time since 1993.

The FOUR remaining teams are HUNGRY for an NBA Championship! 🏆

Here’s something gross. I just went back and checked. The final two minutes of gameplay between the Clippers and Suns took THIRTY-THREE MINUTES in real time to complete.