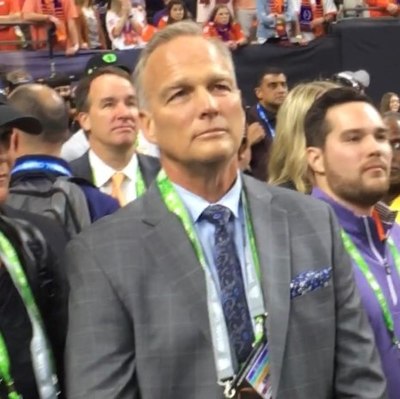 Former Georgia and Miami (Fla.) football coach Mark Richt announced that he has been diagnosed with Parkinson’s disease.

“I have been waddling around lately and people have asked me what’s wrong,” Richt, 61, wrote. “I have decided to tell everyone at the same time. I have been diagnosed with Parkinson’s.

“Truthfully I look at it as a momentarily light affliction compared to the future glory in heaven.”

Richt added that he is “going to enjoy the blessings that I do have” and that he will see TV viewers on the ACC Network, where he has served as a college football analyst since 2019 after retiring from coaching following the 2018 season.

Mark Richt has been diagnosed with Parkinson’s disease. Now a college football analyst for the ACC Network, he released a statement saying, “Truthfully I look at it as a momentary light affliction compared to the future glory in heaven.”