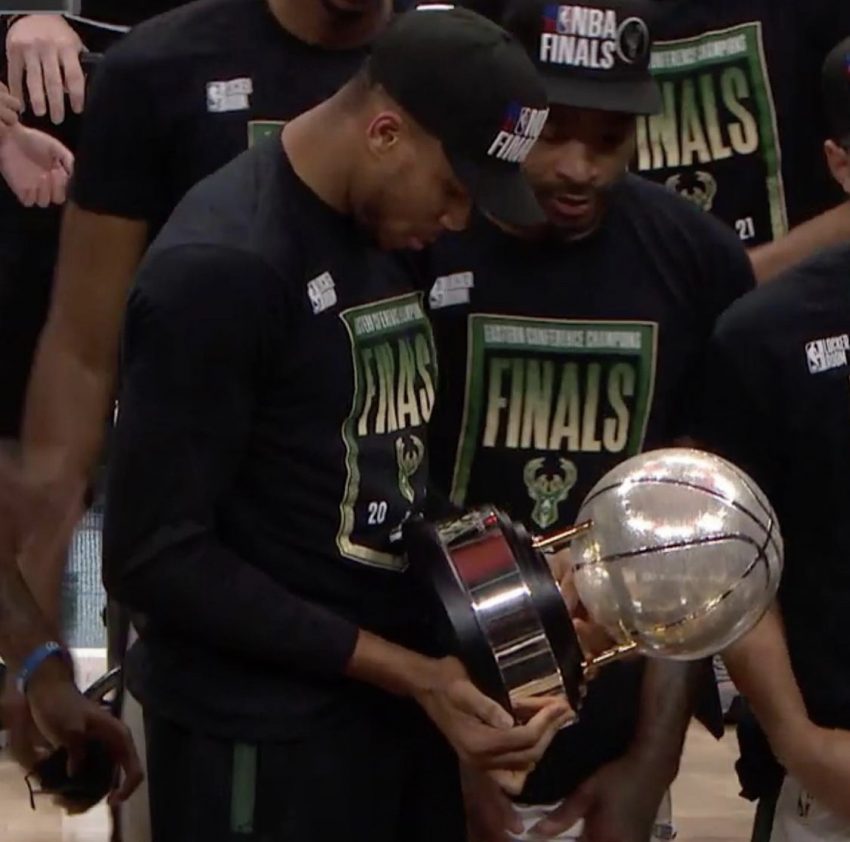 Bucks take down the Hawks to advance to the NBA Finals. For the Kris Middleton played a pivotal role in closing the game he had 32 points and 7 assists playing good defense all night. Holiday stepped up the past 2 games and tonight he had 27 points 9 rebounds and 9 assists, he limited Young offensively as well. The Bucks also had a solid night shooting the 3 ball for the 1st time this series. The Bucks defense really frustrated the Hawks as they had them in lock down all game.

For the Hawks they have nothing to be ashamed about. Nobody even thought they would make it this far. Cam Reddish was the leading scorer for the Hawks dropping 21 points and only missed one 3 pointer 6/7 from 3. Bogdanovic had 20 points he shot the ball pretty well but it wasn’t enough. Young struggled all night dropping 14 points on 4/17 shooting and was 0-6 from 3. His ankle wasn’t quite there, it seemed he didn’t have any explosives.