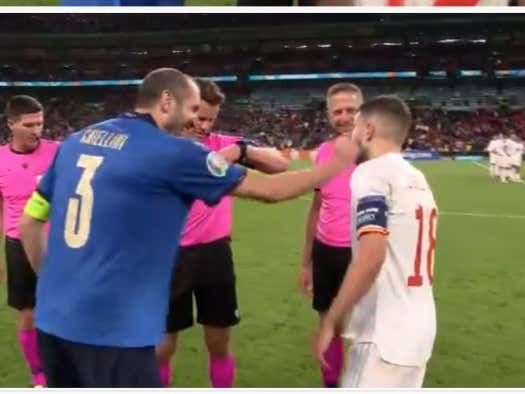 Facing a wall of nervous blue-and-white clad Italy fans behind the goal, Jorginho took his trademark hop and skip before calmly stroking in the winning penalty.

So much for the pressure of a shootout in a European Championship semifinal match.

The Italians beat Spain 4-2 on penalties at Wembley Stadium on Tuesday to advance to the final, where they will play either England or Denmark back at the same stadium on Sunday.

The match finished 1-1 after extra time. Federico Chiesa scored for Italy with a curling shot in the 60th minute but substitute Alvaro Morata equalized for Spain in the 80th.

So much sports today 😱