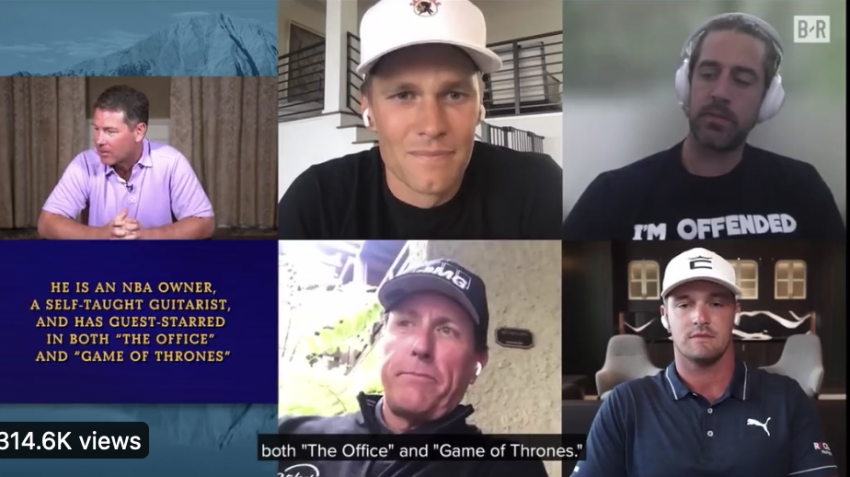 The very first answer was offered to Tom Brady: “He’s an NBA owner, a self-taught guitarist, and has guest starred in both The Office and Game of Thrones.

“He’s unhappy with his boss and has no options,” Brady said. “Who is Aaron Rodgers?

Replied Brady with a laugh, “I said it, not you.”

Tom Brady: “He’s unhappy with his boss and has no options. Who is Aaron Rodgers?”