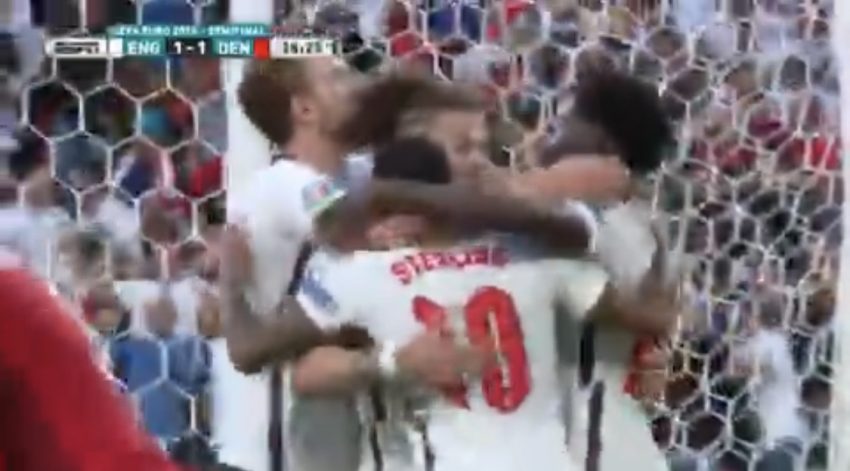 England reached its first men’s major tournament final since winning the World Cup in 1966 after beating Denmark 2-1 at Euro 2020 in a gripping encounter on Wednesday at Wembley Stadium.

Gareth Southgate’s team had to come from behind to win and, as the match went into extra-time, a contentious penalty decided the match.

Raheem Sterling went down in the box under pressure from a melee of Denmark players and, after referee Danny Makkelie awarded the penalty, the decision was confirmed by VAR.

To add to the drama, Harry Kane’s spotkick was saved by Kasper Schmeichel, but the England striker pounced to score from the rebound.

2018 WC Semi-Final: England score first directly from a free kick and go on to lose the game 2-1

A north Belfast publican is offering free shots to anyone turning up in a Denmark jersey for tonight’s Euro semi-final clashhttps://t.co/NaVUOyNEp5