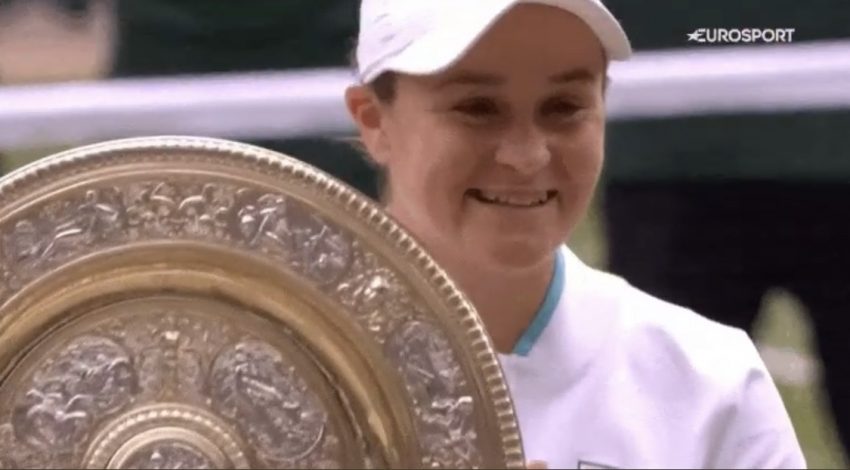 The world No. 1 raced through the first set but lost the second in a thrilling tie-break before recovering her composure to win the decider.

Barty is the first Australian woman to win the single’s title since her idol Evonne Goolagong Cawley won it in 1980.

Ashleigh Barty is the Wimbledon champion! Time to get out that photo again… #Wimbledon pic.twitter.com/b0H1FCxuIy

ASHLEIGH BARTY HAS WON IT!

She becomes the first Australian woman to win #Wimbledon since 1980 🏆 pic.twitter.com/P3vdIExI6k